According to Washington Examiner media outlets, John Ratcliffe, the US Director of National Intelligence, recently wrote a letter to Jay Clayton, the Chairman of the US Securities and Exchange Commission (SEC), regarding his concerns over China’s leading position in the global drive for digital currency dominance. 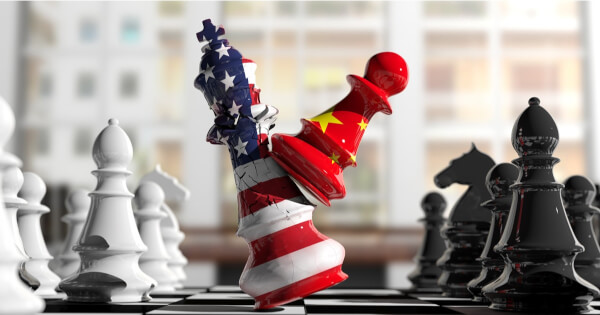 The letter from national intelligence director Ratcliffe discussed how over half of the world’s cryptocurrency mining operations are located in China and the Chinese government is close to launching a state-backed digital currency, which would make it difficult for US-based firms and innovations to compete in the future.

The letter signals a push by President Trump’s intelligence chief, John Ratcliffe, to convince the SEC to implement rules that make it easier for US cryptocurrency firms to compete against those owned and controlled by China. In the letter, the spy chief offered senior economic intelligence officials to have a chance to brief Clayton on the matter. However, the SEC did not immediately respond to the request.

Ratcliffe also attached a letter from Tom Cotton, Republican Senator from Arkansas state, who had previously expressed the concerns to Clayton in a letter to the US Intelligence Community and the White House on July 30, 2020.

The Senator wrote a follow-up letter to Robert O-Brien, White House National security adviser, and Ratcliffe, the nation’s Intelligence Boss, lamenting that so far, the SEC has concluded that only two digital assets (Chinese-controlled Bitcoin and Ethereum) should be considered as non-securities and mentioning that the lack of regulatory clarity not just hurts U.S-developed digital assets, but also puts U.S economic and national security at high risk.

A US senior intelligence official, who had a conversation with the Washington Examiner, stated that there are serious national security concerns about China’s control over Ethereum and Bitcoin. The intelligence officer said:

“Digital currency controlled by the Chinese Communist Party (CCP) could certainly fall into that category, but the bottom line is that we cannot allow China to dominate the technologies and innovations that are going to decide who runs the world for decades to come — from artificial intelligence to digital currency, and everything in between.”

"Competing with China is a serious enough challenge without U.S. regulators getting in the way. Our regulatory regime must support American innovation, otherwise, American companies are going to be put at such a profound competitive disadvantage that we could permanently lose this race.”

As per the Washington Examiner, Ratcliffe will talk about what the government agency's gathered intelligence says about the China threat.

While the US dollar still remains heavily in the lead as the globe’s reserve currency, China’s national digital currency is forcing the US government to accelerate its own plans and rethink its blockchain regulatory framework.  China’s DCEP (Digital Currency Electronic Payment Project) has been six years in the making. It is a key part of the country’s plan not only to safeguard currency sovereignty from local tech giants but also to shed its over-reliance on the U.S dollar and promote the Yuan internationally.

China’s central bank seeks to launch its own CBDC within the next few months amid strong endorsements of blockchain from all government authorities, signaling the country’s desire to be globally competitive and self-reliant and adding another dimension to the rising China-US tech rivalry.