Will DeFi Migrate to New Blockchain Platforms with the Surge in Ethereum Gas Prices?

With the rise in decentralized finance (DeFi) being one of the biggest hits of the blockchain industry in 2020, experts have questioned whether Ethereum, the underlying infrastructure for most DeFi protocols, could sustain the sheer volume of transactions in the long run. 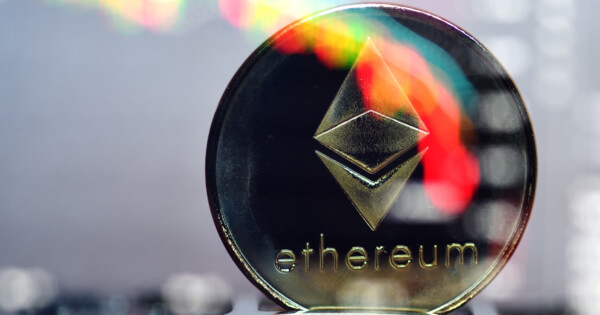 The decentralized finance (DeFi) sector has undoubtedly revolutionized the crypto and blockchain industry this year, with over $10 billion in total value locked in its smart contract applications.

Over the recent months, Ethereum (ETH) gas prices have soared considerably as more and more projects have onboarded the DeFi bandwagon. Gas prices have even been reported to hit highs of 700 gwei, with the largest DeFi protocol on the market, Uniswap, causing major network congestion when its governance token UNI was distributed to DeFi users following its launch. On average, Ethereum gas prices are usually around 416 gwei.

The number of new users taking to the Ethereum network seems to also have increased with DeFi’s boom, as the number of wallet addresses holding Ether (ETH) recorded a new all-time high recently, at 10,116,076.

In addition, the current number of DeFi projects has more than doubled over the summer, according to data from DeFi Pulse. Whereas the industry used to only have 20 projects, new DeFi protocols have appeared, with the leading projects being Uniswap, Maker, and Aave.

Can Ethereum sustain the DeFi boom?

With the surge in activity on the blockchain, Ethereum co-founder Vitalik Buterin and other industry experts have questioned whether the Ethereum blockchain infrastructure was scalable enough to sustain the DeFi boom in the long run.

The Ethereum co-founder has also broached the issue of high fees on the network and said that it may be gone sooner than expected, hypothetically before ETH 2.0 launch.

Others want in on DeFi

Despite Ethereum 2.0 being in the works to deliver an even more decentralized, secure, and scalable blockchain solution than the current mainnet, DeFi developers have already been scrambling to look for other platforms to host their dApps.

A potential contender is Radix, a first-layer platform that is specifically designed for DeFi applications. Through their consensus model Cerberus, the platform targets the “blockchain trilemma” brought up by Buterin and other blockchain experts to deliver decentralization, security, and scalability solutions for a seamless user experience. The consensus project leveraging a sharding and consensus model is also about to launch its own ERC-20 token.

However, Ethereum has been a high performer this year, with ETH hash rates hitting a new all-time high and surpassing 250 TH/s for the first time in over two years this week.

It also remains dominant on the market, outperforming Bitcoin in terms of gains. Currently, it is trading at $340.04 on the market, as of press time.

Whether DeFi protocols will run on other networks seem to be inevitable, especially if the issue of high transaction fees and scalability is not addressed and solved by Ethereum. Also, with other projects looking to capitalize on the DeFi boom and profit from it, the adoption of DeFi projects on other competing chains seem to be inevitable. However, gaining the same monopoly as Ethereum will prove to be an ambitious task.