Hong Kong-based cryptocurrency exchange Crypto.com announced that it has formally formed a partnership with the Philadelphia 76ers, becoming its official jersey logo-designated sponsor. 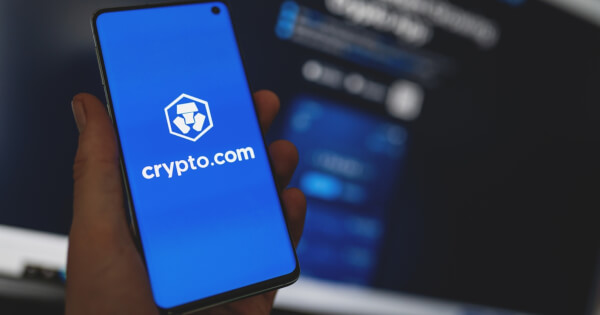 The Crypto.com logo will appear on the left shoulder of all four 76ers jerseys in the new season.

In the next regular season against the New Orleans Pelicans on October 20, the new jersey with the Crypto.com logo will officially debut on that day.

It is reported that this is the first cooperation with an NBA team with more than 10 million cryptocurrency exchanges, with a total transaction volume of more than 400 million U.S. dollars.

According to the jersey logo partner agreement, crypto.com will use its expertise to launch the first non-fungible token (NFT) in team history for the 76ers.

President of Business Operations Chris Heck from the 76ers team said that this cooperation would jointly change the pattern of cryptocurrency entering the sports world and noted that crypto.com is what they have always thought of as creative, innovative partnerships.

Kris Marszalek, the co-founder and CEO of Crypto.com, said that:

"The NBA is one of the most popular leagues in the world, and the 76ers were an obvious choice. Together we’re going to create integrated experiences for fans everywhere; our patch and court integrations are just the beginning."

Crypto.com's cooperation with NBA teams is not just the beginning of its entry into the sports field. As early as this March, Crypto.com signed a one-year sponsorship agreement with the Montreal Canadiens of the NHL.

Last week,Crypto.com reached 3-year cooperation with Paris Saint-Germain worth 29.5 million to 35.4 million U.S. dollars. As reported by Blockchain. News on June 30, Crypto.com has paired with Formula1 as its Global Partner.

The Sordid Tale of QuadrigaCx is Coming to Netflix