Wirex has become the first native cryptocurrency platform to be granted a principal membership license from credit card giant Mastercard as part of its accelerated expansion into digital assets and its outreach to other crypto card providers seeking to enter the market. 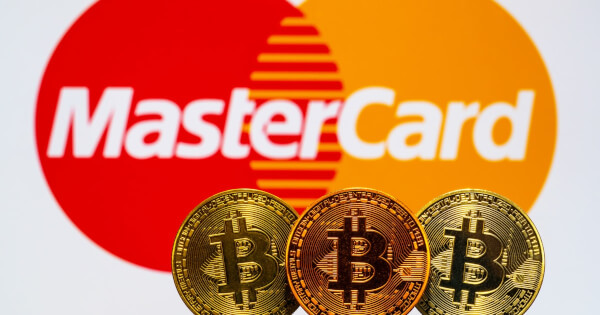 According to a release shared with Blockchain.News, Mastercard today announced the expansion of its cryptocurrency ‘Accelerate’ program, which extends an invitation to cryptocurrency and crypto card partners from emerging brands and fintechs.

The move comes as Wirex becomes the first native cryptocurrency platform to be granted a Mastercard principal membership, allowing it to directly issue payment cards.

Mastercard has committed to applying its innovation, experience and scale to emerging cryptocurrency and digital currency partners, building global ecosystems to modernize payments and transform the way people and businesses transact.

According to recent research from Statista, consumer interest and investment in digital currencies are growing, with data showing that up to 20 percent of the population of some countries are holding cryptocurrencies, and an increasing number of merchants, digital players, and financial institutions are exploring crypto payments.

“The cryptocurrency market continues to mature, and Mastercard is driving it forward, creating safe and secure experiences from consumers and businesses in today’s digital economy,” said Raj Dhamodharan, Executive Vice President, Digital Assets and Blockchain Partnerships, Mastercard. “Our work with Wirex and the wider crypto ecosystem is accelerating innovation and empowering consumers with more choice in the way they pay.”

What Does Principal Membership Mean for Wirex

Being granted Mastercard principal membership enables Wirex to issue payment cards directly to consumers, which will make it easier for mainstream consumers to buy, hold and exchange multiple traditional and cryptocurrencies. Consumers can instantly convert their cryptocurrencies into traditional fiat currency, which can be spent everywhere Mastercard is accepted around the world.

Although currency may only enter Mastercard’s network as traditional fiat currency, users will be able to benefit from Wirex’s Cryptoback rewards program, which automatically gives customers up to 1.5% in Bitcoin for every purchase made on the card.

Pavel Matveev, CEO and co-founder of Wirex said, “We are very excited for Wirex to be the first crypto-native company granted principal membership from Mastercard.” Matveev stated that the license granted to Wirex represents a growing interest and recognition in the acceptance of cryptocurrency by leading bodies and regulators and believes that it will help  create a world where all currencies, “traditional and crypto, are equal.”

Regulated by the UK’s Financial Conduct Authority with a license to issue cards in Europe, Wirex has been growing rapidly over the past 18 months, with a successful expansion into the Asia Pacific region and the release of its native Wirex Token (WXT).