China’s blockchain initiative is going ahead full steam, but local and provincial officials are facing some resistance from stakeholders who are not enthusiastic about sharing their data. 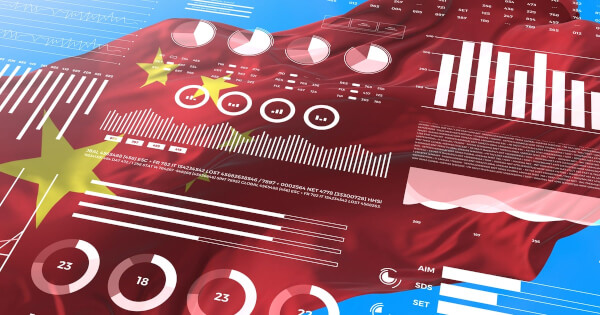 Chinese local governments are facing delays when attempting to implement their blockchain applications as stakeholders are trying to hold on to their privately-owned data, reported media site CCTV Beijing.

Blockchain technology has become a hot item in China over the years, and the rise in research, development, and implementation of local governments has surged following Chinese Leader Xi Jinping announcement last October that the country must strive to become the global blockchain leader.

Data is not Free

In China, there are currently more than 30 local governments developing blockchain infrastructure and applications. According to the CCTV report on June 10, the central aim is to leverage blockchain technology to enhance local governance capabilities.

However, many of these local government blockchain projects have been abandoned in the last two years as they are unable to obtain the necessary supporting data from local stakeholders.

A government staff member of one of the local blockchain projects, Zhang Desheng told the Chinese media that there was no clear policy framework for the projects, which created huge gaps in communication between government's employees and private stakeholders. They said, “The data required by the entire blockchain management platform involves local banks, insurance, telecommunications, and other departments, some departments are willing to provide data, and some are not."

Vice president of China Digital Asset Research Institute, Yan Meng, who has long shown concern regarding blockchain development believes that data is not free and neither government nor private sectors would be willing to donate. As such, Meng thinks that any requested data should be purchased.

Meng shared, “The basic logic of most blockchain applications is problematic. If we want to make a blockchain, we first need to collect data from different government departments or some different companies on the blockchain.” He continued, “The advantage of blockchains is that they cannot be tampered with and easy to trace. This idea sounds good, but in practice, which department or enterprise is going to be willing to donate their data for free? And then put it on a chain so that everyone can view it? The core problem of this resistance is that data especially for the government and enterprises is their main resource. At least pay for it, these problems weren’t taken it into account, it is the biggest problem at the moment."