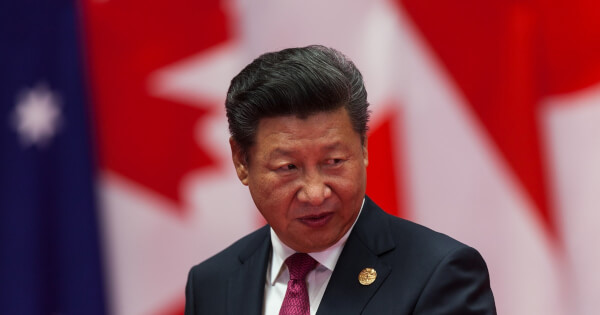 According to a report from the Wall Street Journal on Nov.13, citing Chinese officials close to the matter—following billionaire Jack Ma’s criticism of the regulatory watchdogs, President Xi ordered Chinese regulators to investigate and shut down Ant Group’s stock market flotation.

Ant Group founder Ma appears to have drawn the ire of Beijing due to a speech he delivered on Oct. 24, at the "Second Bund Financial Summit" organized by the China Financial Forty Forum (CF40) and member institutions.

Speaking as the co-chair of the United Nations Digital Cooperation High-level Group, Ma told the summit in Shanghai, that China’s regulation was stifling innovation and was in need of serious reform. The fintech giant billionaire also praised digital currency and stated that the technology would redefine money in the same way that Apple has redefined phones and will likely be the core of the world’s future financial system.

Ant Group founder Jack Ma and the firm’s top executives were subsequently called into a meeting with People's Bank of China (PBoC) and three financial regulators on Nov.2, the same day as China published new draft rules for online micro-lending.

At the time the CSRC would not give details of the discussion but the meeting was attended by the People’s Bank of China (PBoC), China Securities Regulatory Commission (CSRC), China Banking and Insurance Regulatory Commission and foreign exchange regulators, who met with Ant Group’s controlling shareholder Jack Ma, Ant’s executive Eric Jin and its Chief Executive Simon Hu.

The following day on Nov.3, the Shanghai Stock Exchange in China published an announcement titled, "Decision on postponing the listing of Ant Technology Group Co., Ltd. on the Sci-Tech innovation board." The Ant Group was expected to be listed on Nov. 5, 2020 in what was destined to be the biggest IPO the world had ever seen at $37 billion.

According to Reuters, immediately following the Ant Group founder’s speech China’s regulators began to compile data on how Ant’s digital finance business model was creating debt with poor and young people. A report on public sentiment about Jack Ma's speech was also compiled by the State Council and submitted it to senior leaders including President Xi Jinping himself—who then personally made the decision to axe Ant Group’s IPO.