Cathie Wood’s investment firm Ark Invest bought 829,907 shares worth $55.34 million of Twitter shares on the day in which the popular social media giant led by Jack Dorsey started allowing users to send and receive tips using Bitcoin as part of a broader push to help users make money from the service. 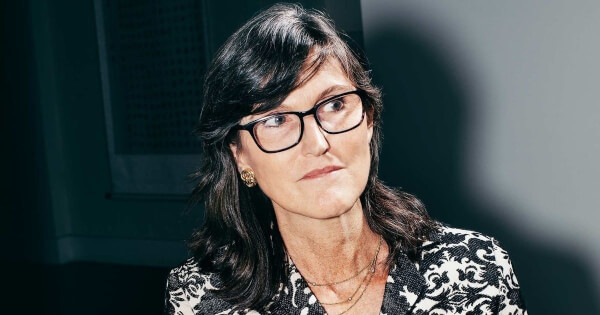 What is interesting in the announcement of Wood’s purchase is the timing. On Thursday, September 23, Ark Invest used two of its ETFs (the ARK Innovation ETF and the ARK Next Generation Internet ETF) to purchase Twitter stocks – the same day after Twitter, the popular social media firm, launched a feature that enables users to send and receive tips in Bitcoin.

The Investment firm’s flagship fund ARK Innovation ETF bought 661,141 shares in the company, while the ARK Next Generation Internet ETF purchased another 168,766 shares.

Following the announcement of the Bitcoin tipping feature, Twitter shares climbed 3.80% higher on Thursday to close at $66.69.

Ark Invest already owned shares in Twitter. Just a month before booking some profits in August, the popular investment company had bought one million shares in Twitter after Jack Dorsey told investors that the flagship cryptocurrency Bitcoin would be part of the social media company’s future.

As a result, Twitter has become ARK’s third-largest investment out of about 50 stocks.

Cathie Wood, the CEO of ARK Invest, appears to have taken the investing world by storm.

Last year, Wood’s flagship fund ARK Innovation ETF outperformed the greater market by 9x – 149% versus 16%, which earned her recognition as the best stock picker of that year.

Cathie Wood’s Twitter bet reflects her thinking that ongoing regulatory issues for cryptocurrencies will be manageable. Agencies across the globe have intensified their scrutiny of exchanges and cryptocurrencies as they have become more popular.

On September 14, Wood made a bullish prediction for Bitcoin, stating that it could soar to as much as $500,000 in five years, one of the most ambitious predictions on Wall Street.

On September 13, the asset management company revised the prospectus for its ARK Next Generation Internet ETF to open the possibility of investing in Bitcoin exchange-traded funds (ETFs) in Canada.

According to an amended SEC filing for the ARK Next Generation Internet ETF, the fund may invest in the Grayscale Bitcoin Trust (GBTC) or other pooled investment vehicles in Bitcoin, like exchange-traded funds that are domiciled and listed for trading in Canada (Canadian Bitcoin ETFs).

The ARK Next Generation Internet ETF already invests in Bitcoin indirectly through the Grayscale Bitcoin Trust. GBTC is the second-largest holding in the ETF, with a 5.52% weight worth more than $313 million.