Carl Icahn: Possibly Get Into Cryptocurrencies up to $1.5B in a ‘Big Way’


Billionaire Carl Icahn, an American business tycoon, revealed that he might get into the cryptocurrency market up to $1.5B in a big way, who was sceptical to Bitcoin-led cryptocurrency before, according to Bloomberg reported Thursday. 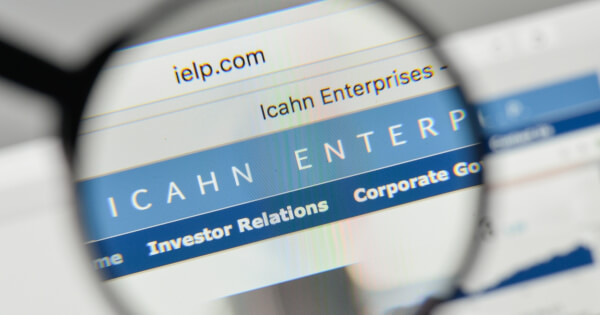 As of the 2021 Forbes listing, Carl Icahn, as the founder of Icahn Enterprises (Icahn Enterprises), an investor and former advisor served for Donald Trump's administration, has a net worth of up to $15.6 billion. He also said that he is planning a huge investment to enter the crypto market, saying that:

"I mean, a big way for us would be a billion dollars, billion-and-a-half dollars ... I'm not going to say exactly."

According to Bloomberg News, Icahn has not purchased any cryptocurrency assets yet but studying Bitcoin (BTC), Ethereum (ETH), and the entire crypto industry and the value behind it to find the most suitable investment opportunities and said that if he enters the market, he will not just buy a few coins and some simple things like that.

However, there are some doubtful voices raised from the market. For instance, Mythos Capital founder Ryan Adams, a staunch ether supporter, expressed hesitation on Carl's behaviour on Twitter, thinking that he might actually have already entered the market:

Founder of MicroStrategy tweeted: "Maybe Carl Icahn will be the first Bitcoin Terachad."

In addition, activist investor Mark Cuban, an American billionaire entrepreneur, further expressed his support for the crypto market-listing Polygon network on his companies website as one of his holdings on Wednesday.