Scammers are capitalizing on the recent success of Cardano’s cryptocurrency, ADA, and using it for their own personal gain. For the first time in over a year, ADA has moved above $0.10, and has picked up by over 200 percent. 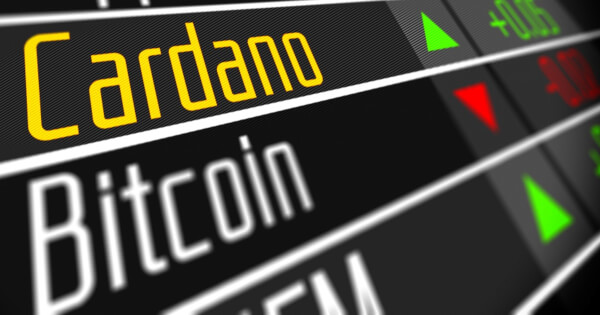 According to a video footage shot by cryptocurrency podcaster and founder of Boxmining Michael Gu, a group of farmers in China is being hustled with Cardano and ADA. The fraudsters, operating under the name of “Asian Dragons,” was purported to be seen advertising Cardano merch and ADA. In the video, one can see Cardano Founder Charles Hoskinson plastered at the front for the audience to see.

Since the incident, Cardano Foundation and CEO Charles Hoskinson have come out publicly and addressed the incident, making it absolutely clear that they are not in any way associated with the cryptocurrency sales pitch.

Hoskinson even went further and filmed a YouTube video, inputting his two cents on scams and illegal activities. He states that he has also seen every ICO scam under the moon, as he has been in the business for quite some time. Hoskinson shares that it is unfortunate that his hard work was plagiarised and dumbed down to a mere marketing scam:

“You work five years on something, you put your heart and soul into it, you just have a giant event that 10,000 people attend. Then you see floating around Telegram, Twitter, some video — some scammers in China using my face, our company’s logo, the Cardano Foundation’s logo who have absolutely no affiliation with us.”

As the altcoin ADA skyrocketed in the month of July, market experts have disclosed that it is the highest price level it’s been at since June 2019. Currently, ADA is experiencing a 200% year-to-date gain, making it the biggest news on crypto markets. ADA’s counterpart Bitcoin, which is the top cryptocurrency on crypto markets, only saw a surge of 30% this year.

On top of his recent success with his blockchain firm, Input Output (IOHK) CEO Hoskinson also spoke up in support of Kanye West’s recent announcement that the rap star wished to run for presidency. Hoskinson took to his YouTube platform once again and said,