The Brazil Securities and Exchange Commission (CVM) has approved the first Bitcoin exchange-traded fund (ETF) in the Latin American region. 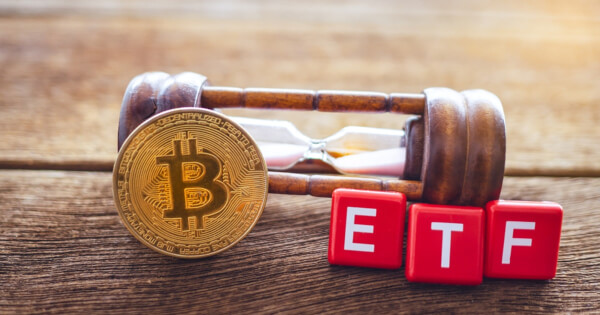 This follows after QR Capital cryptocurrency investment company’s application for a Bitcoin exchange-traded fund has been accepted in Brazil, which is the largest economy in Latin America. The investment fund will trade under the QBTC11 ticker on Brazil’s main stock exchange B3.

QR Capital describes itself as the largest crypto asset manager in Latin America. The QR team believes that the launch of the first Bitcoin ETF in Latin America is important as it would enable locals to have easier and more direct exposure to the primary cryptocurrency without worrying about managing and storing the assets. Such listing of the Bitcoin ETF on the traditional market stock exchange rather than cryptocurrency exchanges would simplify the process of investing in Bitcoin. For example, listing Bitcoin alongside other stocks such as Facebook stocks, Apple stocks, and many more would provide local investors with the opportunity to mitigate risks and diversify their portfolios.

QR Capital crypto firm said on Friday yesterday that the Bitcoin ETF would follow the performance of the BTC futures contracts traded and operated by the Chicago Mercantile Exchange (CME). The company said: "The QBTC11 will have as reference the CME Group index of bitcoin futures contracts."

QR Capital’s Bitcoin investment fund is the fourth approval of a Bitcoin ETF in the Western Hemisphere, following three funds of a similar nature recently launched in Canada’s Toronto Stock Exchange (TSX) in February and March. The Ontario Securities Commission (OSC) approved the first-ever Bitcoin ETF (the Purpose Bitcoin ETF) from Purpose Investments Inc. in February this year and a few days later approved the second-ever ETF from Evolve Funds. In March, Canada’s securities regulator approved the third one, CI Galaxy Bitcoin ETF, which started trading on the Toronto stock exchange during that month.

The decision by Canada’s regulators to approve Bitcoin ETFs could represent a tipping point for US money managers to approve their own Bitcoin funds through a regulatory process.