In a bold financial move, the parent company of cryptocurrency exchange BitMEX has decided to invest in South Africa’s biggest Bitcoin exchange, VALR. 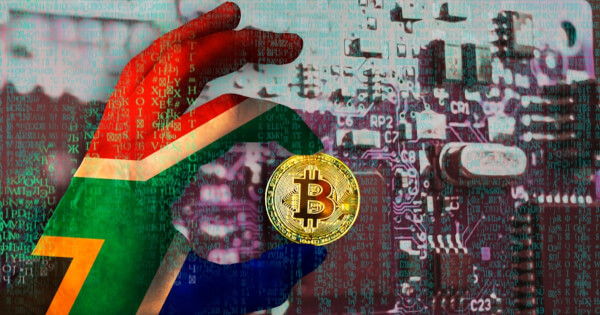 The newly founded Bitcoin exchange offers safe digital trading for anyone and popular cryptocurrencies supported by their exchange include but are not reserved to Bitcoin (BTC), Ether (ETH), Ripple (XRP), and Cardano. Although it was only launched in 2019, it has now grown to be a popular international exchange.

Parent company of BitMEX, 100x Ventures, was hypothesized to have invested in VALR for three key reasons.

The first reason that came into consideration was that it enabled the investment arm to expand its fintech horizons and it allowed the company to grow in overseas markets. Furthermore, 100x Ventures was able to meet the demands of regional exchanges as well as trading services with the new alliance formed with VALR.

Lastly, the investment might have executed by 100 Ventures because of the ever-growing and trending regional Peer-to-Peer (P2P) Bitcoin market. Outside of dominant countries hosting major cryptocurrency markets, Bitcoin exchanges are known to be less well-regulated or not as transparent in their crypto transactions. Consequently, this led to a surge of Peer-to-Peer crypto exchanges, which allowed investors to trade directly with each other.

Places in the world that record huge P2P crypto trading volumes include India, Mexico, and the Philippines, where a proper exchange infrastructure is often lacking. Since there is an increase in demand for regional exchanges around the world, 100x Venture thinks that its investment could be a bridge that joins predominant crypto markets with smaller ones. CEO and co-founder of BitMEX Arthur Hayes commented regarding the alliance with VALR Bitcoin exchange:

"South Africa has an incredibly exciting and fast-growing cryptocurrency ecosystem, and we believe VALR is well-placed to capitalize on future growth of bitcoin trading. In VALR we're backing not only a successful early-stage business, but a management team with the ability to scale operations significantly."

Because of their investment, 100x Venture is now able to gain exposure in a developing crypto market as promising as South Africa. For several years on end, its finance affiliate BitMEX has also remained on top of their game. However, with the newly formed crypto alliance, both the P2P crypto trading platform and its parent company are now able to diversify their business even more, due to regional investments.

BitMEX remains a competitive player in the crypto field. In fact, the cryptocurrency exchange possesses an open interest of $1.02 billion dollars, which consists of double the amount of its competitors, such as Binance and Bybit.