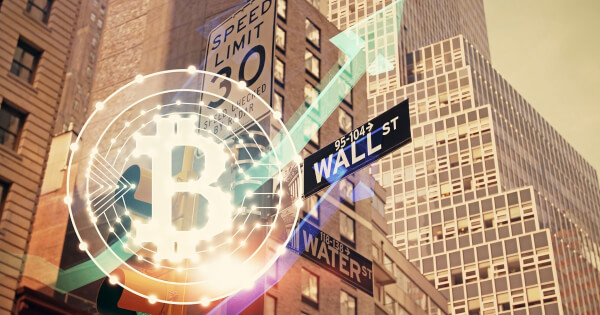 The founder of Bitcoin venture capital firm Ribbit Capital, Meyer Malka has created a special-purpose acquisition company (SPAC)—Ribbit Leap Ltd., and has filed a prospectus through the SEC for a massive $350 million “blank check” IPO.

With traditional publicly traded companies—major acquisitions are subject to shareholder approval. By creating a SPAC, Ribbit Leap Ltd, allows for a wider latitude to make purchases which is why it is referred to as a “blank check.”

In the SPAC, “blank check” system and as outlined in the risk factors of the filing— shareholders may not be afforded an opportunity to vote on Ribbit Leap’s proposed initial business combination, which means the acquisition of the target company may not get majority shareholder approval.

Per the SEC S-1 filing, “Ribbit LEAP, Ltd., which stands for Ribbit Capital Long-Term Equity Acquisition Pool, is a newly incorporated blank check company incorporated as a Cayman Islands exempted company and incorporated for the purpose of effecting a merger, share exchange, asset acquisition, share purchase, reorganization or similar business combination with one or more businesses or entities, which we refer to as our initial business combination.”

While the filing states that Ribbit Leap has not yet “selected any business combination partner” or “initiated any substantive discussions, directly or indirectly, with any business combination partner,“ the filing identifies the guiding principles of its predecessor Ribbit Capital—which indicates the continued pursuit of financial services and innovative financial technologies.

While there is not yet a clear indication of where the money will be spent, the financial technology (FinTech), payments, and blockchain sector appears bound to be impacted by the $350 million potential acquisition.

The S-1 SEC filing shows that $402 million in Class A shares were sold at ten dollars apiece and $52 million in fees brought the total capital raised by Ribbit Leap to $350 million. The document states that all $350 million worth of the shares are available but Ribbit has pledged $100 million in a forward purchase commitment.

JP Morgan is listed as the sole book-running manager and although no public platform to trade the securities currently exist, Ribbit intends to apply for the units to be listed on the New York Stock Exchange.

As reported by Blockchain.News in July, Coinbase Inc’s is also planning for a stock market listing and speculation has rampant on what effects the $8 billion US exchange’s listing will have on the cryptocurrency industry as a whole.

Coinbase announced it is aiming for a direct public listing that allows the immediate sale of the investors’ holdings with no cooling off period. With a direct listing, Coinbase would not need to sell new shares as it would if an IPO was chosen and existing investors would have no lock-up restrictions.

Ribbit Capital was one of the earliest investors in cryptocurrency exchange unicorn Coinbase.