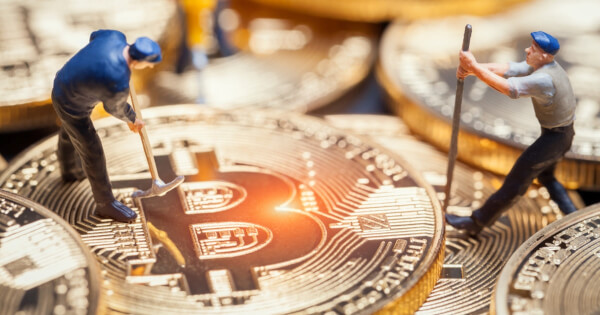 It is reported that the financing was led by NYDIG, a company specialising in providing Bitcoin investment and technology solutions, and mining companies Blockware Solutions, Celsius Network, DPO, Navier, and others followed up.

According to the announcement, this financing expansion aims to open up crypto mining in North America. In addition to leading equity financing, NYDIG will also cooperate with Luxor on many mining-related companies and computing power-based products.

Luxor's CEO and co-founder Nick Hansen believes that this strong cooperation will completely change the use, valuation, trading, and hedging methods of hashrate and provide miners with the best products and services. The function of hashrate generally measures the processing power of the Bitcoin network.

The co-founder and CEO of NYDIG, Robert Gutmann, stated that:

"We're confident in Nick's vision and his team's ability to drive and expedite the hashrate migration to North America, and the development of instruments that can strengthen the Bitcoin ecosystem."

The proprietary technology developed by Luxor has the potential to increase returns for miners. Luxor's Switch software product is a profit-switching algorithm that maximises the rewards of computing power by switching between the blockchains and the venues.

Bitcoin miners are in pain due to the price crash cutting into their profit margins. Since the start of Elon's tweets on May 12, the hash rate has dropped, and their miner wallet net flows have been increasingly turning negative.

According to Cambridge Bitcoin Electricity Consumption Index, the rate of China's dominance has dropped from 65% to 55% since April 2020, which indicates China's dominance is weakening, while the United State's dominance is increasing, accounting for 11% due to China's authority strengthen and tighten legal restrictions on cryptocurrency mining activities.

As previously reported by Blockchain.News, Bitcoin miners from the Chinese regions of Inner Mongolia, Sichuan, and others are beginning to sell off their mining hardware to not step into the red line of the law.