As the broader cryptocurrency ecosystem recovers from the massive selloffs experienced in mid-May, on-chain activities have revealed that transactions volumes are on the rise, a trend that showcases the inflow of institutional investor’s funds.

Per Glassnode’s on-chain data, there has been a decrease in retail transaction volumes, with a corresponding increase in institutional cash inflows.

“The average USD transaction size in the 2019-20 bear market was typically between $6K to $8K. This period was largely dominated by retail and early investment fund participants,” Glassnode revealed in its weekly insights.

The average transaction increase at this present time, despite the market dip, is up by 370% when compared with the same time period next year. As a backup insight into the transaction activities outlined, the size of transactions is also moving from small funds to big capital.

According to Glassnode’s data, transactions with a capital size of $100,000 or less, which dominated about 40% of all transactions back in 2017, are now down to 10% to 20% today.  As inversely proportional, the high volume capital transactions with “institutional and high-net-worth size capital of $100k+ have expanded significantly over the last 12 months." 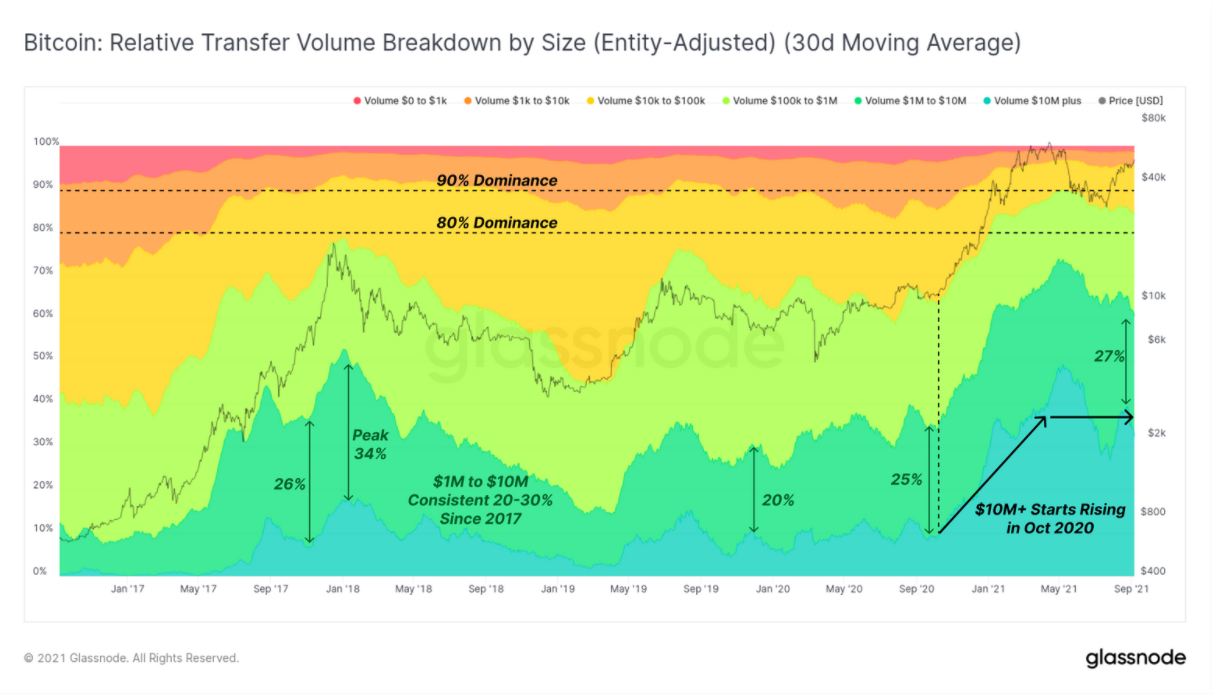 The sustained activities of major Wall Street firms like MicroStrategy Incorporated have continued to tilt the odds in favour of market whales. The Michael Saylor-led business intelligence and software firm made its latest Bitcoin acquisition of 3907 units back in August, with several smaller buyups preceding that.