The Winklevoss brothers have teamed up with Stampede Ventures to bring their best-selling biography, ‘Bitcoin Billionaires’ to the big screen. 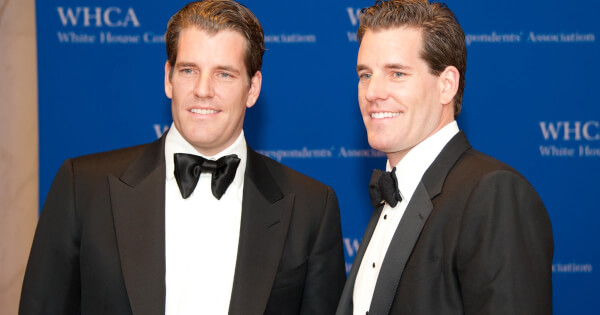 Stampede Ventures has teamed up with the Winklevoss Twins to produce a feature film adaptation of the bestselling non-fiction book Bitcoin Billionaires by Ben Mezrich. The production company owned by Greg Silverman will produce the film with Cameron and Tyler Winklevoss.

The Winklevoss Twins and Ben Mezrich

The Winklevoss twins first encountered writer Ben Mezrich when he approached them for research on his book The Accidental Billionaire, which was the foundation of the Oscar-winning film The Social Network. The bestseller and film was based on their infamous legal battles with Mark Zuckerberg, who they alleged stole the idea for Facebook from them.

Bitcoin Billionaires was written in 2019 and is Mezrich’s follow-up to The Accidental Billionaire. The story chronicles the Winklevoss Twins post-Facebook battle, as they strike gold a second time by becoming the first identifiable Bitcoin billionaires in the history of cryptocurrency.

Following a court ruling in the legal battle against Zuckerberg, the brothers were finally awarded $65 million settlement for their claims. The Winklevoss’ invested $11 million of their settlement into Bitcoin (BTC) in 2013 and became the world’s first crypto billionaires in 2017 when the Bitcoin price began to gain exponentially.

According to the report published on Deadline, Silverman will produce the movie along with Jon Berg, who is best known for his work with the DC superhero blockbuster Wonder Woman.