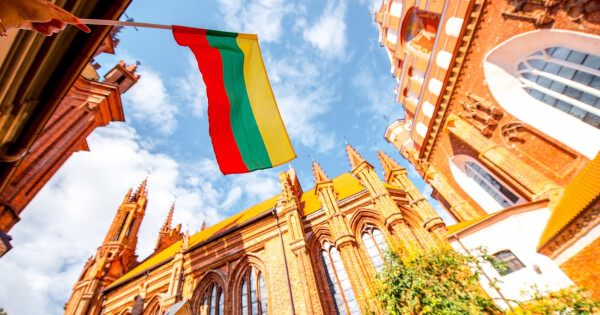 Deputy governor of the Bank of Lithuania, Marius Jurgilas, said: “No one in the central bank community was thinking about digital currency seriously before we realized that there is a legitimate threat that someone else will take our space.” Jurgilas further stated: “We need to provide society with what it wants.”

The Bank of Lithuania said that its project is more of an experiment rather than an official launch of a tradable digital currency. Lithuania’s central bank sets to issue the blockchain-based LBCOIN on July 23.

Pre-sales for 24,000 digital LBCOINs will begin this week, sold in packs of 6 digital tokens for €99. Each digital token would feature a portrait of one of the 20 signatories who signed Lithuania’s Declaration of Independence in 1918, which has been divided into six categories: academics, diplomats, presidents, industrialists, municipal servants, and priests.

Users will be able to buy LBCOINs in form of six digital tokens and then exchange for a credit card-sized physical silver coin worth €19.18. The Bank of Lithuania clarified that: “Their use as a means of payment will not be encouraged” as it is meant to “engage more people, especially the youth, in coin collecting” while gaining “valuable experience and knowledge in the field of digital currencies.”

LBCOINs can be exchanged directly with the central bank as well as on private blockchain networks. LBCOIN is built on top of the NEM public blockchain. Once purchased, the LBCOIN can be stored in a NEM wallet or a wallet dedicated to the LBCOIN’s online shop. Furthermore, LBCOIN can be swapped with other purchasers and also sent as a gift.

The steady decline in the use of physical cash and the prospect of Facebook’s 2.5 billion users adopting Libra cryptocurrency has led central banks to explore how they can issue their own forms of state-backed digital currency. The COVID-19 outbreak has accelerated the development of central-bank digital currencies as it has prompted people across the world to turn to cashless payments. Central banks are seeking to introduce CBDCs to avoid fragmenting the monetary and financial systems.