Bank of England Teams up with MIT on CBDC Research Project

To delve deeper into the opportunities, risks, trade-offs, and potential technical challenges faced when developing a CBDC system, the Bank of England (BoE) has joined hands Massachusetts Institute of Technology (MIT) on a year-long research project. 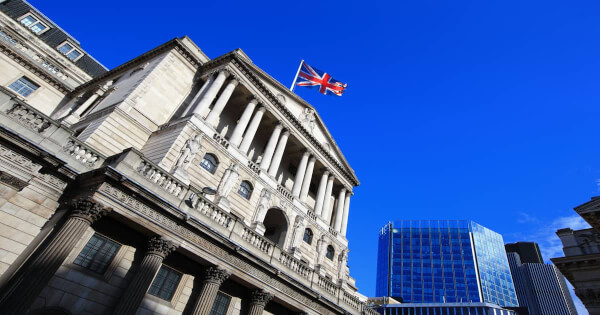 In a statement, the Bank of England pointed out that the project aimed to explore the underlying technology and not create an operational central bank digital currency (CBDC). Per the announcement:

“The collaboration forms part of the Bank’s wider ‘research and exploration’ into CBDC, and will be focused on exploration and experimentation of potential technology approaches.”

The BoE follows in the footsteps of the Bank of Canada and the Federal Reserve Bank of Boston as research partners with the DCI.

However, a decision has not been made on whether to roll out a CBDC in the United Kingdom, given that it would be a significant national infrastructural project.

The financial regulator recently announced the first regulatory framework for crypto assets based on their rapid growth.

CBDCs have emerged as a hot topic in the modern era based on the technological innovations being witnessed in the financial system.

Hiromi Yamaoka, a former Bank of Japan executive, recently suggested that the sanctions slapped on Russia due to its invasion of Ukraine might prompt more nations to adopt CBDCs as a shield against the U.S. dollar’s supremacy in the global financial system.

Earlier this month, the University of Cambridge, through the Cambridge Centre of Alternative Finance (CCAF), rolled out a multi-year research initiative with 16 key financial institutions like the WorldBank, IMF, and MasterCard to shed more light on the rapidly evolving crypto-asset ecosystem, with CBDCs being one of the areas of interest.