Argentinian Seek Shelter in Crypto, while Local Inflation Surges over 50%

Annual inflation rates have been going through the roof in Argentina by surging more than 50%. Argentinians, therefore, have resorted to transacting in cryptocurrencies to tame runaway prices. 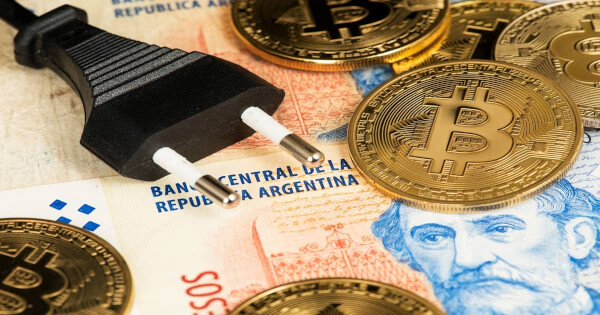 Lemon Cash, a crypto exchange, is aiding in these efforts by offering Bitcoin reward cards that were first rolled out in November, according to Bloomberg.

“Latin America is a good place for these services. Several of the countries have unstable economies and devalued currencies, and the people seek access to cryptocurrencies as a refuge.”

The demand for the Visa cards, which convert the stipulated cryptocurrency to pesos when making payments, is so high that Lemon Cash intends to increase issuance to three million this year.

Initially, the crypto exchange had rolled out 100,000 cards, with each purchase guaranteeing the cardholder a 2% cashback in Bitcoin.

“While the cards have been seen as a marketing tool elsewhere, they’re being used in the nation to help temper the impact of surging prices. Argentines fear and seek cover against an accelerating inflation rate that is already the fourth highest in the world, after Venezuela, Lebanon and Zimbabwe.”

The inflation rate on Argentinian soil does not seem to be slowing down because economists speculate it will hit 55% this year from the present 50.7%.

The issuance of crypto cards is in high gear in the region, with Ripio, a digital wallet provider, having at least three million users, mainly in Brazil and Argentina.

Therefore, crypto usage is speculated to continue rising in Argentina because cryptocurrency is deemed a hedge against a cyclical economic crisis that includes hyperinflation, recession, and repeated currency devaluations.

Meanwhile, Bitcoin miners in Argentina are thriving because of ultra-low utility rates and a surge in capital controls.

Argentinians are Seeking Refuge in Cryptocurrencies as Inflation Tops 50%