Ant Group, formerly known as Ant Financial has announced its intentions of launching an initial public offering (IPO) that would be featured both on the Shanghai Stock Exchange's STAR board and the Stock Exchange of Hong Kong (HKEX/ SEHK). 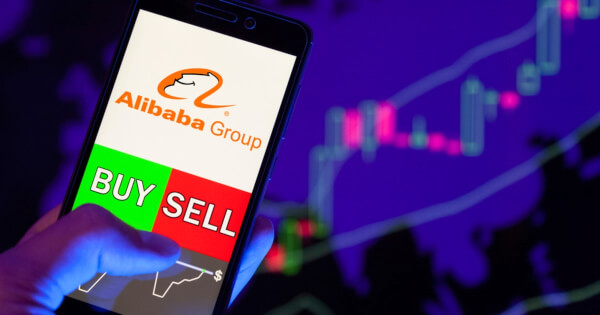 The STAR board focuses predominantly on technology companies and hopes to rival Nasdaq. A senior executive of Ant Group disclosed anonymously that the fintech company had been holding off the announcement of the listing, due to its goal of “securing the full support of Beijing.”

Another Ant executive suggested that the IPO was still in its early processes of development, which may explain why Ant Financial has not yet provided a fixed date for its listing or publicly announced how much money it was hoping to raise. In any case, the technology company is so predominant in the fintech industry that even a listing of a tiny portion of its shares would equate to one of the biggest IPOs of any given company.

By dually listing the IPO on both HKEX and the Shanghai Stock Exchange, Ant hopes this will broaden the horizons of the fintech firm globally.  Executive Chairman of Ant Group,  Eric Jing, commented on the IPO listing:

“The innovative measures implemented by SSE STAR market and the SEHK have opened the doors for global investors to access leading edge technology companies from the most dynamic economies in the world and for those companies to have greater access to the capital markets. We are thrilled to have the opportunity to play a part in this development."

Though Ant Group wishes to extend its network throughout China, there is no mention of its IPO being listed on the US stock exchange, contrary to Alibaba, its affiliate company that was listed on the New York Stock Exchange and that is a major shareholder of Alipay.

While there is still much speculation revolving around the official launch date of the IPO, many fintech experts predict that the IPO will be one of the biggest ones of 2020. According to a Reuters report, Ant Group is expected to generate approximately $200 billion in market capitalization.

The fintech company aspires to branch out from the finance industry and focus solely on dominating the technology sector. Nevertheless, the Alibaba affiliate has a lot of bargaining power in China’s financial sector, as there are more than 600 million users that deposit funds into its Yu’E Bao, Ant Group’s money market fund.

Among its many fintech projects, Ant Group's ambitions of expanding go beyond just the traditional financial industry. Earlier this year, in April, it announced the launch of its proprietary blockchain platform in China - OpenChain. OpenChain is a relatively new blockchain network that equips software developers and small businesses with the proper tools to leverage the Chinese blockchain giant’s proprietary blockchain consortium - Ant Financial Blockchain. OpenChain also provides efficient and cost-effective solutions for the development of smart contracts and decentralized apps (DApps).