Shiba Inu meme coin protege Floki Inu appears to be the talk of the town in London now as the token’s ads have taken over London’s Transport System. 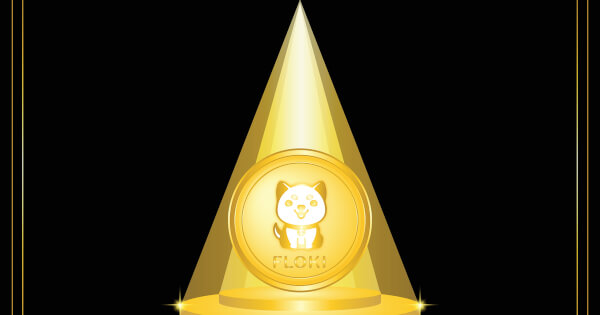 According to a Financial Times report, the meme coin’s posters can be found in buses, trains, and underground subway systems with crested messages reading, “Missed Doge? Get Floki.”

The highly aggressive advertisement is reportedly aimed at stirring interest amongst the public, especially those who are positively inclined to digital currencies. The emergence of meme coins, beginning with Dogecoin (DOGE) and Shiba Inu (SHIB), has garnered a lot of hype in the past few years, as new money flowing into these tokens has returned massive price gains in a short time.

As reported earlier in May, a Goldman Sachs executive in the UK resigned after earning enormous gains from investing in Dogecoin. Retail investors are mainly the primary target, and the Floki Inu advertisement per the FT report is likely to attract a probe from the authorities.

While the United Kingdom’s Advertising Standards Authority (ASA) said it had not received any form of complaints about Floki Inu, the agency said it is committed to going after crypto projects that are misleading the public with ads.

Digital currency platforms are free to advertise their product offerings in the UK. However, Transport for London, the UK government agency that operates the transport network, says promotions should follow the ASA’s rules. These rules entail that advertisers have disclaimers to say that crypto is not regulated in the UK and that money invested is at risk.

Floki Inu has had an impressive run this year. Atop its current price of $0.00006667 at the time of writing, Floki Inu has surged by more than 330,000% since it recorded its lowest price of $0.00000002 about three months ago. The coin perhaps shares the same bullish ambitions as Dogecoin to hit $1 someday. In a bid to contribute to this ambitious pursuit, the FT report highlights plans by Floki Inu to launch a related ad campaign in Los Angeles and other cities around the world.