A $1.19 billion deficit was listed on Celsius Network's balance sheet in a court filing on Thursday. 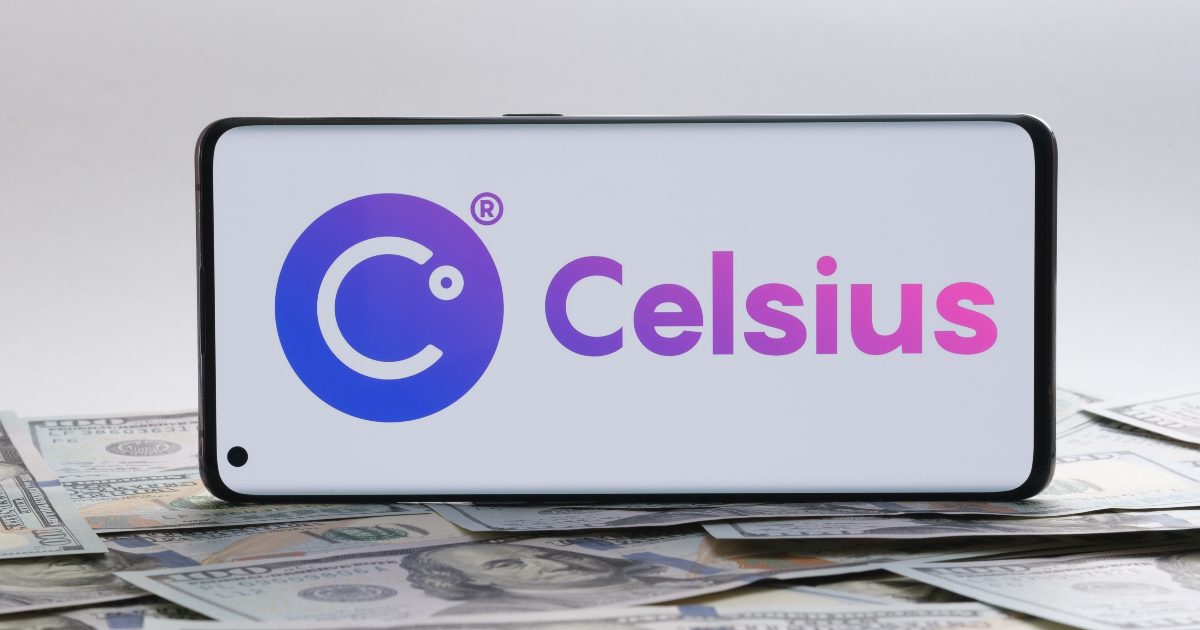 “The amount of digital assets on [Celsius’s] platform grew faster than the company was prepared to deploy. As a result, the company made what, in hindsight, proved to be certain poor asset deployment decisions,” Chief Executive Alex Mashinsky wrote in a filling, citing poor investment and unanticipated losses attributed to its fall, resulting in the disability of returning money to their clients.

"Some of these deployment activities took time to unwind, and left the Company with disproportional liabilities when measured against the unprecedented market declines."

According to Financial Times, The 61-page filing showed the crypto lender with a liability of $5.5 billion, including a $4.7 billion user liabilities. The amount can be translated into a significant loss for these clients that need to face it. Its assets value is $4.3 billion. Previously, Reuters reported the company has around 1.7 million in cash on hand. 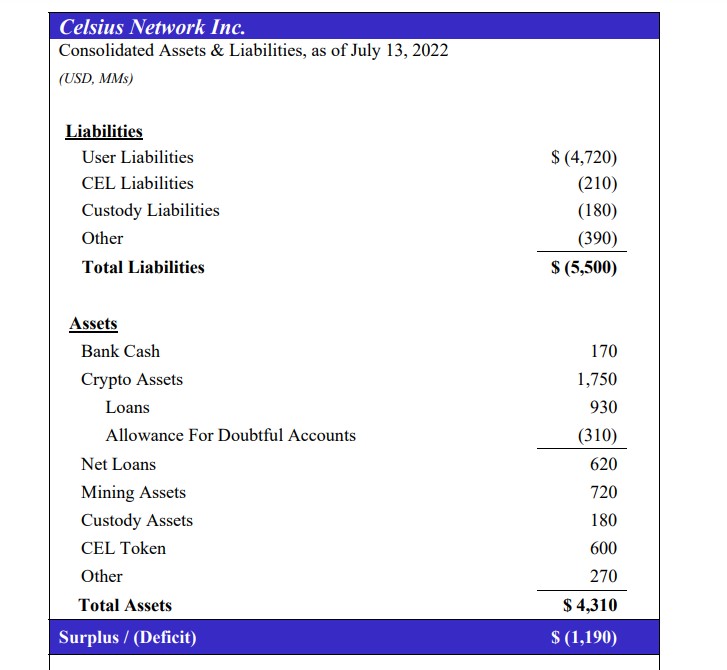 A day earlier, the cryptocurrency lender had filed for Chapter 11 bankruptcy at the U.S. Bankruptcy Court for the Southern District of New York.

The crypto lender froze all withdrawals and transfers around a month ago, citing unfavourable market situations as the crypto market plunged, cutting off access to savings for individual investors.

Celsius left 1.7 million customers unable to redeem their assets by freezing withdrawals and transfers, which has prompted state securities regulators in New Jersey, Texas and Washington to investigate the decision.

According to Reuters, Celsius had about 23,000 outstanding loans to retail borrowers as of July 13. It added that the loans totalled $411 million backed by collateral with a market value of $765.5 million in digital assets.

Celsius had positioned itself in the market by promising more than 18% in interest to peoples' holdings who deposit their digital coins. In turn, the crypto lender lent those coins out, Bloomberg reported.

However, the lenders' business model turned vulnerable after a sharp crypto market sell-off catapulted by the collapse of major tokens terraUSD and luna in May.