A United States circuit court of appeals has called the National Security Agency’s (NSA) phone tapping and monitoring throughout a terrorism-financing investigation back in 2008 as illegal. 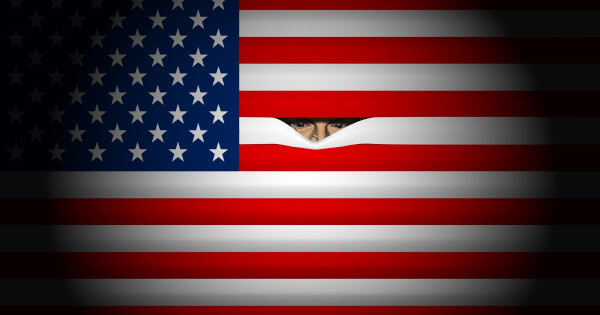 The NSA’s controversial phone data collection program as prominently brought to light by the former NSA agent Edward Snowden has been called illegal in the course of a separate counter-terrorism financing case by a United States Federal judiciary.

In the ruling, the United States courts found them guilty of five counts of money laundering and terrorism financing. The four men were found to have sent $10,900 to al-Shabaab over the course of 2008.

In the final decision of a US Federal Court case that began in 2010—USA v. Moalin, the NSA’s surveillance tactics were deemed illegal, however, the convictions against the defendant Basaaly Saeed Moalin were upheld due to the minor impact they had on the case.

The official opinion of the 9th Circuit Court in USA v. Moalin on Sept. 2 read, “The government may have violated the Fourth Amendment and did violate the Foreign Intelligence Surveillance Act (“FISA”) when it collected the telephony metadata of millions of Americans.”

Although the United States Federal Court condemned the violations of the NSA surveillance program, it believes the role it took in “the collection of millions of other people’s telephony metadata” was considerably and comparatively minor compared to its use of approved FISA tactics.

“The government’s principal evidence against defendants consisted of a series of recorded calls between Moalin, his codefendants, and individuals in Somalia, obtained through a wiretap of Moalin’s phone.”

The NSA’s phone metadata collection program was one of the extreme measures put in place by the Bush administration following the 9/11 attacks on the New York World Trade Center. The program rose to infamy when it was revealed to the public by former agent Edward Snowden.

The convictions against Moalin and his accomplices back in 2013 were hailed as a success of the NSA’s mass data collection program and saw Moalin’s case take center stage for the media following Snowden’s exposition of the surveillance tactics.

The NSA’s data collection program was officially ended under the Freedom Act of 2015.

Snowden is currently facing federal charges for breaching the Espionage Act of 1917 and theft of government property, which has forced him to seek sanctuary in Russia beyond the jurisdiction of United States law enforcement. Under the US Constitution, the sitting President has the power to grant pardons for offenses against the state and President Trump appears to be considering it seriously.

Snowden has been outspoken on Bitcoin and its public blockchain and even hinted he was buying the dip following the March market crash. At the time he tweeted, “This is the first time in a while I've felt like buying bitcoin. That drop was too much panic and too little reason.”

Snowden has hinted that Bitcoin and cryptocurrency could be an avenue for him to circumvent the US government's financial restrictions on him, particularly on the profits he made from his book ‘Permanent Record.’

Additionally, the servers used by Snowden to leak thousands of documents to Wikileaks and journalists were also reportedly paid for in Bitcoin back in 2013.