Following the oil market crash in April, electricity prices have continued to fall globally. Bitcoin educator Andreas Antonopoulos believes that despite the disruption to industries, the oil market downturn could give US cryptocurrency miners a new advantage. 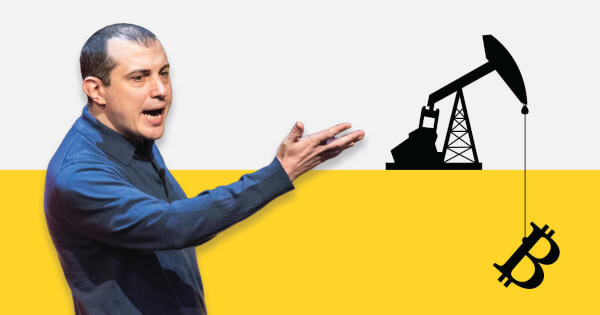 On his YouTube channel in a video entitled “Down the Rabbit Hole”, Antonopoulos described how falling oil prices will benefit crypto miners by providing cheaper electricity worldwide.

Andreas Antonopolous views the falling oil prices as an opportunity for US crypto miners to become competitive with Chinese miners. He specifically mentioned the new Bitmain mining facility recently opened in Texas.

Referring to the new Bitmain facility, Antonopolous said, “One of the biggest new mining operations opened in the United States in the state of Texas and I can’t imagine that that is a coincidence… it probably had a lot to do with the fact that the US had 12,000 barrels per day…. Therefore, there may be really good opportunities for cheap power, which would suddenly make U.S.-based miners much, much more competitive, and profitable.”

Fall of Oil Prices and Oversupply Will Benefit East and West

US miners leverage petroleum-based energy for the majority of their operations, and Antonopolous believes they should benefit from the lower electricity cost.

China is the largest global player in Bitcoin mining, and although most Chinese crypto mining rigs are powered by coal, Antonopolous believes they too will benefit from lower oil prices. He comes to this conclusion that although Chinese energy producers are not reliant on oil, they will most likely also bring their energy costs down to remain competitive.