Bank of Lithuania (Lietuvos Bankas) has proposed uniform regulations throughout the European Union in response to the European Commission’s consultations for the development of the digitalization of financial services in Europe. 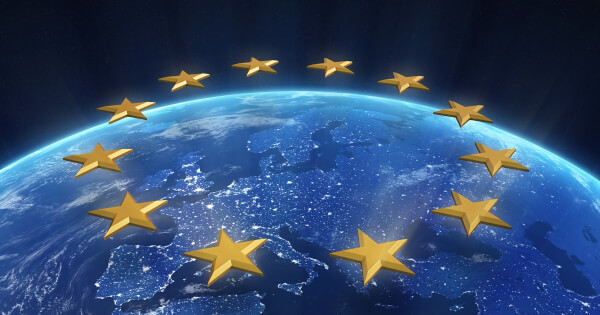 As digital financial services are playing an increasingly important role to the EU institutional agenda, this year the European Commission is planning to put forward a new development strategy for the continent.

The Bank of Lithuania has gained some key experience in the digital payments and blockchain space on the national level. The central bank is one of the world’s first market regulators to publish its position on initial coin offering (ICO) and STO guidelines.

In an email shared with Blockchain.News, the Bank of Lithuania said that based on its own experience it is offering key considerations for a European approach in promoting financial innovations. In the opinion of the Bank of Lithuania, a clear definition is needed at the EU level to regulate and treat digital securities or financial instruments in the same way. This would strengthen the EU single market and, at the same time, this “economy of scale” would lead to more favorable financing for small and medium-sized enterprises through innovative financing methods such as initial public offering (IPO) or security token offering (STO).

Marius Jurgilas, Member of the Board of the Bank of Lithuania said:

“The Bank of Lithuania has made a significant contribution to the promotion of financial innovations – the FinTech ecosystem has grown in the country and gained international recognition. We are now willing to share our experience with other European countries because we have to overcome the fragmentation arising from divergent national regulations and approaches to innovation. Europe can take up the leading international role in designing and adapting FinTech solutions if we find a far-reaching and unified approach at the community level.“

According to the Bank of Lithuania, financial innovation is often treated differently depending on the EU Member States, this can be both in terms of regulation requirements and how they are supervised.

For the Bank of Lithuania, one of the areas where agreement on equal treatment is especially important, is the prevention of money laundering and terrorist financing, in particular with regard to the KYC process and remote identification.

“Financial innovations often emerge and grow faster than the regulatory framework adapts, so it is important to find an appropriate solution, one that does not slow down progress and is proportionate to the risks involved. For this reason, it is important to ensure a technology-neutral approach at the EU level, regardless of the underlying technology; if it has the characteristics of a financial instrument, it should be subject to appropriate regulation and supervision.”

The Bank of Lithuania, as a leader in the European digital space, asserts that solutions must be found to reduce the “disparity in attitudes” across Europe. The Bank of Lithuania is calling for the EU to be a catalyst for change by transitioning from directives that require flexibility with domestic law to implement, to European wide regulations that are directly applicable and fully binding.

The Lithuanian central bank believes that clearer definitions are needed for digital securities at the European level. The Bank explains that financial innovations often emerge and grow faster than the regulatory framework adapts, so it is important to find the appropriate solution, one that does not slow down progress and is proportionate to the risks involved—which is particularly true for virtual assets.

As reported by Blockchain.News, while investigating blockchain technology, the Bank of Lithuania issued the world’s first digital collector coin—LBCOIN—and developed a consultancy and technological platform—LBChain which was the first such platform created by the regulator. The LBCOIN is considered a preview technology to the Central Bank Digital Currencies (CBDC) in development across the world. In addition, the Bank of Lithuania also advises on regulatory issues in the pilot environment of financial innovations, deepens the decisions of RegTech.