What Will Gary Gensler’s Confirmation to The Role of SEC Chair Mean for The Crypto Industry? 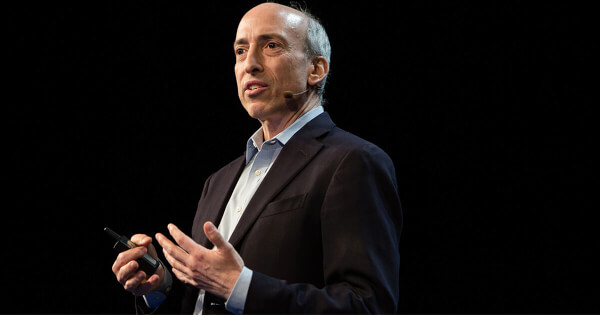 Gensler has been tapped by President Joe Biden to chair the Securities and Exchange Commission. Previously, Gensler served as the chairman of the Commodity Futures Trading Commission under the Obama administration and worked for Goldman Sachs for 20 years. Gensler is also a professor at MIT, where he teaches a class on blockchain technology and cryptocurrencies.

If confirmed as the chairman of the SEC, Gensler will play a pivotal role in determining how cryptocurrencies are regulated in the United States.

Testifying in front of the Senate, Gensler discussed how Bitcoin and cryptocurrencies have revolutionized the financial industry and are innovations worth fostering. He said:

“Bitcoin and other cryptocurrencies have brought new thinking to financial planning and investor inclusion. I’d work with fellow commissions both to promote the new innovation but also, at the core, ensure investor protection.”

Although Gensler has made it known that he supported the decision to exclude Bitcoin from the SEC’s juridical scope, he did not disclose his views on how initial coin offerings should be regulated.

Previously, former SEC Chair Jay Clayton had said that he believed ICOs to be securities but did not elaborate on when and how tokens should be classified as securities. As an expert in the cryptocurrency field, Gensler will undoubtedly provide more clarity on that front.

If Gensler is confirmed as the chairman of the SEC, he will play a major role in shaping crypto policies for the years to come. Although it may potentially mean a more severe regulation of cryptocurrencies in the United States, more regulatory clarity will be provided, which will be significant as the SEC has been criticized time and again for failing to deliver clear crypto regulations.

In his hearing, Gensler emphasized that he intended to do his best to protect investors and act in their best interest.

In 2018, during a lecture at MIT, Gensler said that he believed XRP to be a non-compliant security, as the token met the requirements of the Howey Test – a series of criteria used by securities regulators to determine whether an asset should be classified as a security or not. Despite sharing his views, Gensler rectified that it was up to “appellate courts or the Supreme Court” to determine whether or not XRP should be regulated as a security.

If Gensler was to be confirmed as the SEC Chair, this may change how the SEC’s lawsuit against Ripple Labs plays out. The Securities and Exchange’s clampdown on XRP for being an unregulated security was conducted just as former SEC chairman Jay Clayton announced the end of his tenure at the agency – a move that Ripple head executives and prominent figures in the crypto industry have criticized as extremely odd.

Although Gensler had disclosed that he viewed XRP as a security in 2018, his perspective might have potentially changed, given the dynamic nature of cryptocurrencies.

Previously, Cardano founder Charles Hoskinson disclosed that he did not believe XRP to be a security in its current form, despite having security-like features back in 2012-2014.