The digital currency industry maintained a healthy price cycle over the past weekend, with the global crypto market capitalization holding the $2.47 trillion to $2.5 trillion range, respectively. 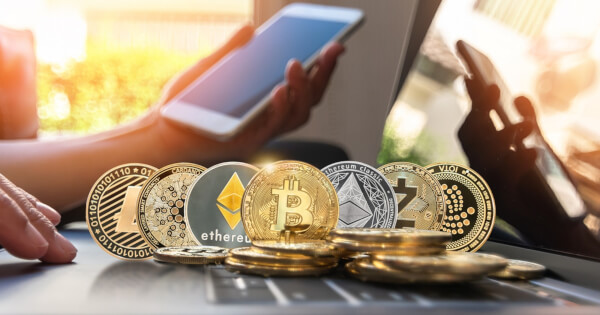 While several meme coins topped the charts in terms of percentage gains, the bulk of the price amount was contributed by the top 10 digital assets, including Bitcoin (BTC), Ethereum (ETH), and Binance Coin (BNB).

Based on prospective ecosystem activities, here are the top three coins to watch out for this week.

Bitcoin remains a favourite to upturn the broader market trend, either positively or negatively. The premier digital currency remains the favourite of institutional buyers and hedge funds, which may further pump in liquidity to catch on to the potential bullish trend that often characterizes year-end in the crypto markets.

Bitcoin performed fairly well in the past week, growing by 2.97% in the trailing seven days during which its price grew from a low of $59,695.18 to a high of $64,242.79. Despite changing hands below its newly printed All-Time High (ATH) of $66,930.39, Bitcoin is still trading above its major psychological support.

More price upshoot is billed to be recorded in the coming week should the ongoing buyup be intensified.

Polkadot also recorded its best week in the past seven days as it hit a new ATH of $55 atop a growing sentiment in the utility of the DOT token in the coming days. Polkadot is billed to see parachains launch on the network as the network’s governing council approved the auction-based system for parachain launch.

The Parachains auction model requires a large accumulation of DOT tokens to win the auction. With many parachains set to be floated in the near future, the demand for the coins is billed to skyrocket and spur a corresponding price increase. DOT is up 21.70% for the week at the time of writing and was trading at $52.24, 5.24% below its ATH.

OMG Network is also on the watchlist of coins to watch as the network is billed to support the emergence of Boba Network, a Decentralized Autonomous Organization (DAO) affiliated with the OMG Network. The BOBA Tokens will be airdropped based on the snapshot of OMG tokens scheduled for later this week. This 1:1 airdrop is billed to fuel the accumulation of OMG tokens, which may help retest the previous ATH of $28.35.