Tokenize the Future: What Tokenization Means For Financial Access

Tokenization is the process by which an asset becomes “tokenized,” or represented by a digital token on a blockchain, but how will it benefit the future of financial investment and access? 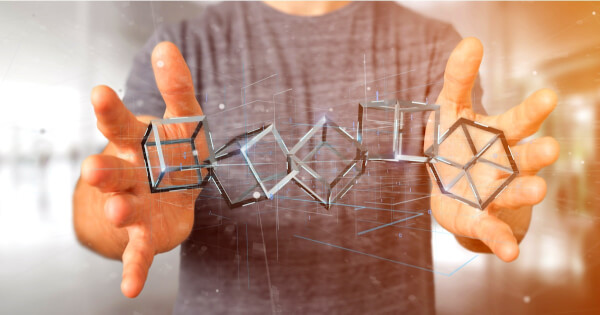 Thanks to advances in financial and blockchain technology, any tradeable asset – stocks and bonds, a mutual fund share, a piece of real estate, or even an artwork – can be digitally represented as a token and issued onto a blockchain.

The issuing of these tokens takes place during a “security token offering” or STO, which is like an ICO, only for security tokens instead of payment and utility tokens.

Ultimately, asset tokenization will disrupt the financial industry and offers many benefits to investors and sellers, including greater asset liquidity, transaction efficiency and cost, transparency, and market accessibility.

Tokenization also has the ability to revitalize the economy more broadly by increasing the volume of trades and eliminating the friction of buying and selling assets in a traditional market.

One of the most exciting benefits of tokenization is its ability to increase the liquidity of traditionally illiquid assets like real estate and art. Tokenization will allow more investors the opportunity to own small shares of these assets without having to invest in the entire asset.

Traditionally, only wealthy individuals, companies, or private equity funds would have the capital on-hand to purchase expensive assets and take them off the market or re-sell them. Now, the tokenization of value can allow these traditionally non-liquid assets to remain on the market in the hands of many potential shareholders (or token-holders).

In short, more liquidity gives more opportunities for investors, while also benefitting sellers through a higher “liquidity premium,” which increases the value of the tokens to compensate for investors’ longer holding periods. Greater liquidity will have a transformative effect on finance and the overall economy.

Through blockchain technology, assets can be tokenized into many small pieces at a fraction of the total price, which was unheard of before due to high operational costs and minimal guaranteed benefit. Tokenization increases efficiency by allowing issuers to list assets at lower minimums and attract more buyers without having to incur any financial losses.

Blockchain-built smart contract technology (algorithms that trigger actions based on certain parameters) will also enhance trading efficiency. Since smart contracts automate most of the trading of these assets, fewer intermediaries and third parties are required, leading to quicker transaction time and lower fees.

Blockchain technology and tokenization will also help SMEs raise money economically by allowing them to issue tokenized stock at a lower cost. By offering tokens on a blockchain, companies can avoid the expensive IPO process and still reap the benefits of going public.

With publicly traded companies, there are millions of shares owned by thousands of individual shareholders and entities. Many shareholders are lost in the shuffle and disconnected from the company they buy into.

By tokenizing shares on a blockchain, investors and issuers know who has what. Each token signifies an immutable proof of ownership, and also carries information about the legal rights and responsibilities of the holder. This should allow for greater transparency between issuers and token-holders, as well as between buyers and sellers on secondary markets.

Not only does this allow for more equitable and fair trade, with each participant aware of their rights and risk, but it should help stimulate the economy by increasing the credibility and assurance of participants making risk-carrying exchanges.

Tokenization also has the prospect of making certain less-commonly traded assets accessible to a larger pool of investors. The art space, for example, is very limited when it comes to financial accessibility. Paintings by famous artists are not only inconvenient to buy as they are usually sold in auction houses, but are really only affordable to wealthy people. By tokenizing these assets, individuals can invest in smaller amounts and own a small share of the artwork.

Regarding other assets like property or tradeable securities, tokenization can reduce minimum investment amounts and periods, thereby increasing exposure to more investors and leveling the playing field.

The increase in accessibility will also help the real estate market by allowing more people to invest in properties, without having to first put a hefty down payment on it, and then paying a mortgage or re-selling. This way, investors can hold tokens of these properties without engaging in as much risk.

Overall, tokenization of assets on a blockchain, with the help of smart contract technology, will help to create a stronger market place, a more active economy, and a fair and transparent financial industry.