As Ethereum gas fees have been increasing, making decentralized finance nearly unusable for retail traders on the platform, many DeFi projects and applications have been looking for alternatives to Ethereum and migrating to other networks.

SushiSwap figures among the leading decentralized exchanges (DEXes) to explore other options. 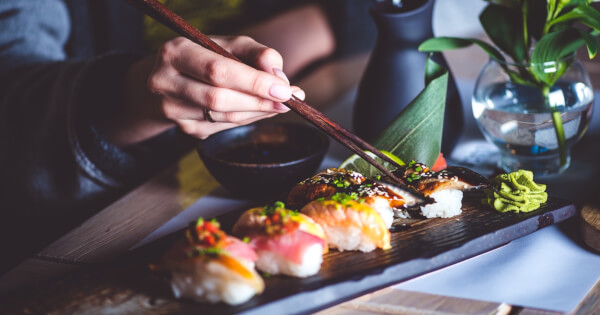 Recently, SushiSwap Chief Technology Officer Joseph Delong announced that the project has deployed smart contracts on five other networks - Binance Smart Chain, Fantom, Moonbeam Network, Polygon, and xDai. It has also been considering making its services usable on Solana and Optimism in the future.

Delong also explained that for the time being, bridges and multichain deployments were a good solution for DApps to adopt, since Ethereum's second-layer solutions were still in the works and have not been fully developed. The reason that many DeFi projects have been considering other chains are due to Ethereum's high transaction fees. Delong explained:

"The industry is currently trending towards bridges and multichain deployments as a middle step before L2 to mitigate high gas costs."

While SushiSwap has been working on perfecting its user experience and exploring more viable options for its tokens, what should be expected of SUSHI's price in the short-term?

According to the daily candlestick chart, SUSHI is still in an ascending channel and reached an all-time high (ATH) of $20.74 on March 2. But the power of the sellers should not be underestimated. At the time of writing, the price of SUSHI has picked up and is trading at $18.09 per data from TradingView.

Investors should note that on March 2, the trading volume rapidly expanded to reach the largest trading volume ever - the bulls even tried to push the price to the upper half of the channel's centerline, but failed. The power of the bears overcame the power of the bulls and pushed the price below the opening price. Yesterday, a red inverse hammer candlestick pattern was formed, indicating that the bears are trying to suppress the price pushed up by the bulls. If SUSHI's price continues to rise, more selling power will be encountered.

The following low trading volumes and buying activity mean that a move towards record levels is unlikely in the short-term.

The near-term resistance level is the middle line of the ascending channel which is around $19. If SUSHI aims for a new all-time high, the DeFi token is supposed to break through the middle line of the channel and stand firmly first, over the $19 threshold. If the bulls succeed in breaking the resistance level of $19, the price may once again touch the previous ATH of $20.74.

Even in a bearish situation, as long as SushiSwap remains within the ascending channel indicated in the chart above, the overall trend will not reverse and the DeFi token will still be able to maintain its price levels.

For the MACD chart, the MACD blue line is approaching the orange signal line and the direction has been bent upward amid a decreasing trading volume. Both blue and orange lines are standing above the zero axes. Although we see that the opening range between the two lines is slowly merging, the probability of breaking the pressure level of $20.74 is still relatively small, which means that in the short-term, SUSHI's price is bearish.