Love is in the Chain: Could Blockchain be the Solution to People's Dating Woes? 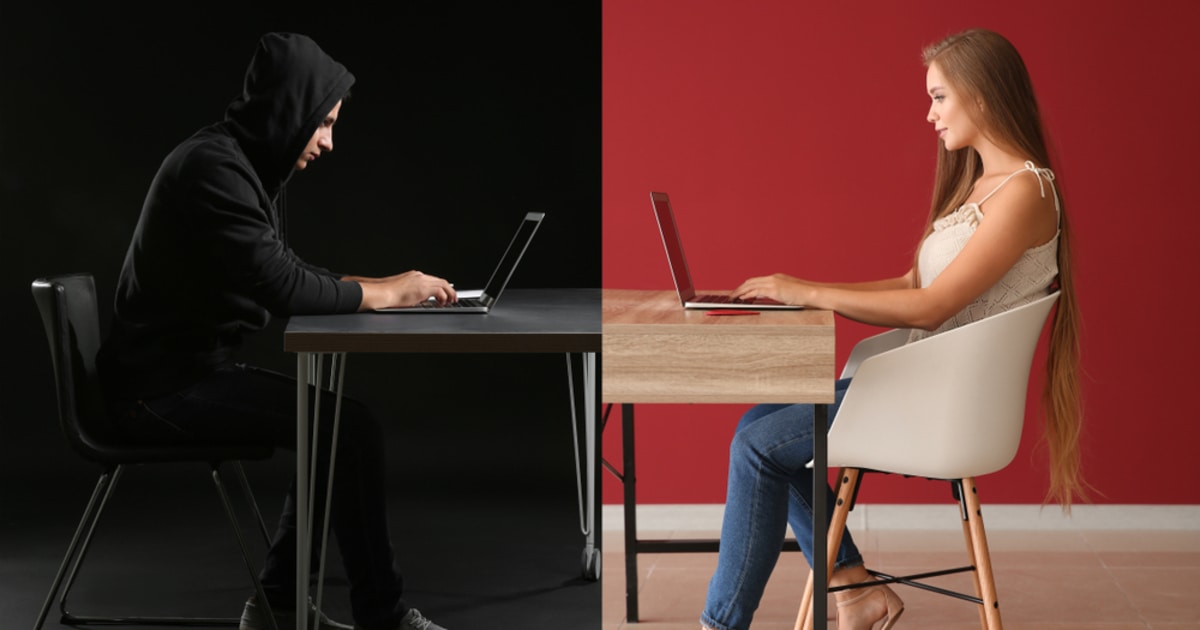 Dating is a battleground filled with deception and infidelity, some say, and this is true. The modern dating world is a molten cauldron that simmers with outright treachery, barely concealed adultery, and conveniently fabricated half-truths. In the Tinder era, he or she who lies the best is king.

The world is a lonely place, and it is getting lonelier. Finding a partner–the right partner, at least, if there is such a thing in today's ultra-hypergamous environment has become a quasi Herculean task.

Female hypergamy aside, one of the main issues pervading today's dating scene is trust, or rather, lack thereof. 'Traditional' dating has long since been replaced with its illegitimate cousin, online dating. Finding love online is akin to playing a gigantic game of Who's who, where no one is who they seem, and nobody looks as though they seem. This Byzantine conundrum led to the rise of catfishing, for instance, and many other unpalatable practices that have turned dating into a wasteland of dashed hopes, unfulfilled desires, and wretched lies.

Trust, or trustless, that is the question

One can argue that a successful and lasting romantic and archetypal relationship is built on trust. Mutual trust, to be precise. Both partners need to know who the other person is if the relationship is to last longer than a few weeks.

But trust is precisely the one thing that online dating (and dating as a whole) so sorely lacks. People can never be sure who it is they are chatting to. All they know is that they are chatting to someone who has an attractive picture and/or profile. But who's to say that the person on the picture and the person behind the screen actually matches? There is a pervading sense of paranoia among lonely hearts, fuelled by fake profiles, professional con artists, and other malefactors roaming the internet, circling over vulnerable minds until the time is right to ensnare the victim in a web of lies and deceit.

The issue of restoring trust is, therefore, key to repairing the dating hall of mirrors.

Blockchain speaks the truth, and nothing but the truth

Blockchain is slowly becoming the 'Jack of All Trades' of the tech world. From a more or less niche beginning within the cradle of cryptocurrencies, blockchain is constantly broadening its sphere of influence.

There are very good reasons why this technology is going places. Its disruptive power is second to none: Banking, finance, supply chain, healthcare, and many other economic sectors are seeing its benefits. Society as a whole can become a better place to live and thrive, because of blockchain.

The technology is built on three solid principles: Decentralization, transparency, and immutability. Let's see how these three pillars could support a dating app built on the blockchain. Let's call our little experiment the Lovechain.

A new dating app built on blockchain technology is bound to receive a great deal of attention. It is a pioneering app, after all, built on relatively new technology. It's uncharted territory.

We are acutely aware of the problems that beset current dating apps: Fake profiles, data breaches, and so on. So we want to make sure we design Lovechain in such a way to either create an environment where these issues cannot arise.

Combining the three principles of blockchain into a single, cohesive, and secure dating platform, courtesy of the blockchain

A traditional dating app is like a double-blinded clinical trial. Neither party is aware of the identity of the other, and nobody has any visibility as to who anyone really is. People can simply hide behind a wall of anonymity from which they can operate in impunity. The issue of digital identity comes into play here.

Identity is a purely human concept, inherent to us all since the moment of birth. Identity, unlike riches or happiness, is a birthright. We are unique beings, but for the briefest of times. Once we become active members of society, our identities begin to dilute in a quagmire of societal complexities.

The identity issue is a complex one, more so in terms of online dating, as faking an identity to remain anonymous is relatively easy to do, and even encouraged in certain corners of the dating world.

Blockchain can resolve this issue through a combination of face recognition software, machine learning, and even voice recognition. And furthermore, this data would not be locally stored anywhere. Instead, it would be distributed in a decentralized environment, much less susceptible to manipulation and hacking. This combines the principles of decentralization, transparency, and immutability, in one single masterstroke.

Creating secure and veracious profiles is one thing, but how about those times when people finally arrange a date after chatting for a while, and someone does not show up? The whole thing feels like a waste of time and a rather indecorous act, just another inconvenience of the whole dating scene as it currently stands.

But the smart contract could go further than that. If the date happens, the contract can be programmed to reward both people with extra tokens (regardless of the outcome), and penalize the no-show with a week's ban from the site, for example, and a no-show record on the profile. This feature alone would become a game-changer in dating apps.

Dating is a very human activity, one that involves psychology, cunning, and physical attraction, of course. The current ecosystem is fraught with pitfalls both due to the way apps are built, and the very nature of humankind.

Blockchain-based dating apps, be it our fictional project Lovechain, or any other, would introduce a never-before-seen level of trust to the dating process, and ensure that the people signing up to the service are real, and have something to lose by acting in bad faith.

What happens after the date, well, that is a story for another time.