With speculations high that the Federal Reserve (Fed) will increase the interest rate by 75 basis points (bps) on June 15 to tame inflation, this might dent Bitcoin’s bullish outlook as the leading cryptocurrency continues to trade at an 18-month low. 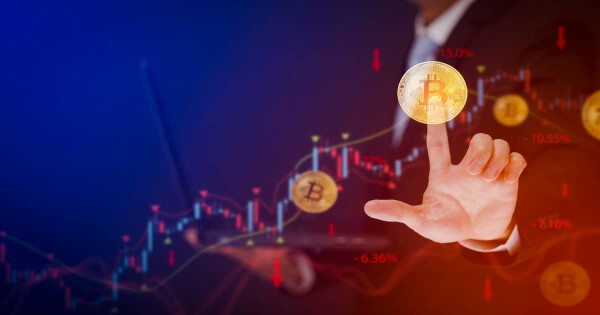 Other analysts also believe that the stakes are high for the interest rate to be increased by 75bps or 0.75%.

For instance, Michael Feroli, an economist at JPMorgan, commented that long-term inflation expectations might cause the Fed to raise the rate by 75bps.

“Our Fed forecast is being revised to include 75 bps hikes in June and July.”

How is an interest rate hike bearish?

Previously, analyses have shown that an interest rate increase usually has an inverse relationship with Bitcoin because the price usually falls.

For instance, after the Fed raised the interest rate by 50bps or 0.5% last month, a bullish picture was initially painted, but this was short-lived because Bitcoin sank to a two-month low, Blockchain.News reported.

Arthur Hayes, a trading and crypto enthusiast, pointed out:

“The bull market can only begin once the Fed and its sycophantic cadre of other central bankers reverse course, which at the very least requires pausing rate hikes and keeping the size of their balance sheets constant.”

With Bitcoin experiencing massive liquidation to the tune of $1.05 billion in the last 24 hours, the top cryptocurrency finds itself between a rock and a hard place if the speculated Fed interest rate increase materializes.

BTC was hovering around the $22,652 level during intraday trading, according to CoinMarketCap.