How Blockchain Can Uphold Creators' Rights and Copyright Law 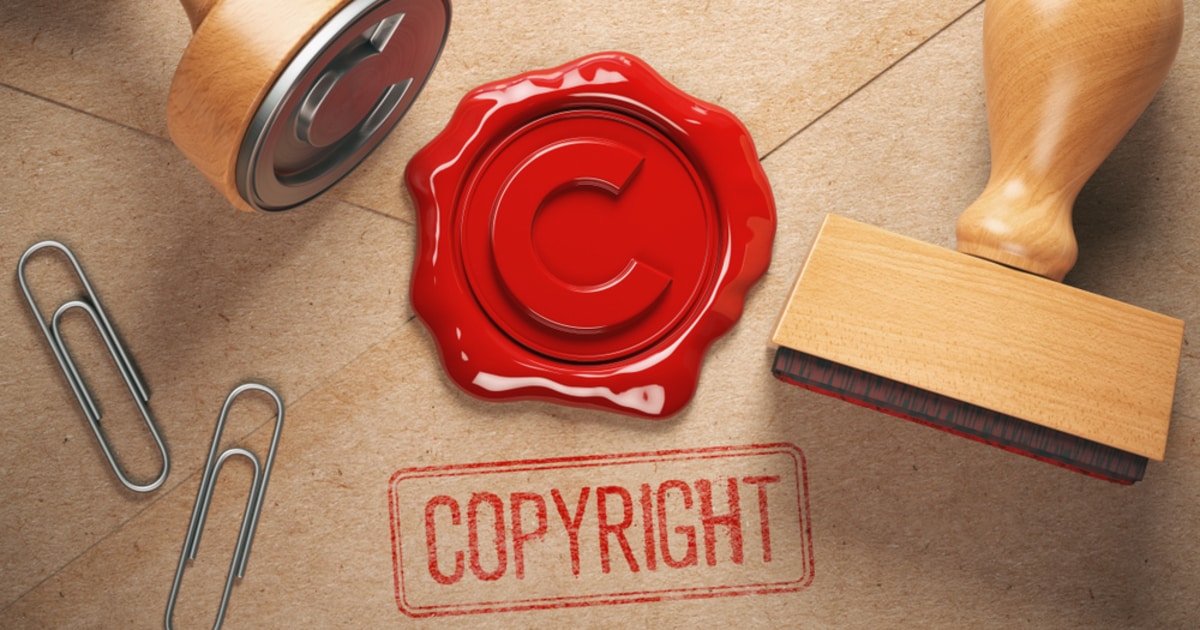 The Tantive IV's reactors worked at full power as it attempted to outrun the Imperial Destroyer Devastator as heavy turbo laser fire lit the dark space around both spacecraft. But the slower corvette was no match for the massive hulk of a Star Destroyer. The Devastator's gunners scored a direct hit on the Tantive IV's power generator, rendering the corvette inoperative, and at the mercy of the pursuing Imperial forces.

The year was 1977, and what's described above is the opening scene of Star Wars: A new hope. The booming explosions, the colorful lasers, the sheer scale of it all... I was only five when I first saw Star Wars, and as a child, I was mesmerized. Star Wars meant a lot, both for me personally and for the cinema and entertainment industry as a whole. George Lucas' magnum opus heralded a new era of sci-fi epics, revitalizing a niche genre that had, with very few exceptions, hitherto been largely consigned to B-movie status.

Sci-fi became popular, and extremely profitable, almost overnight, thanks to Star Wars' massive -and by all accounts, utterly unexpected- success. exploded. Superman flew onto screens worldwide in 1978. Star Trek: The motion picture, Alien, and The Black Hole hit theaters in 1979.

But the focus of this introduction is 1978's short-lived, but quite enduring TV series Battlestar Galactica, and you'll soon understand why.

Stormtroopers, Cylons, and space fighters: Chronicle of an epic lawsuit

Battlestar Galactica, a creation of the prolific American producer and director Glen A. Larson, began broadcasting in 1978, a few short months after the debut of Star Wars. Even a cursory look reveals striking similarities between the two franchises. Battlestar Galactica's main baddies, the Cylons, can be described as shinier but clumsier descendants of the sleeker Stormtroopers. And Galactica's Viper Mark II fighters dogfighting against the Cylon Raiders bears more than a passing resemblance to the epic combat sequences between the Rebellion's X-Wings starfighters and the Imperial TIE Fighters. Not to mention that both franchises feature a shadowy Emperor figure.

Twentieth Century-Fox and Lucasfilms, Ltd., filed a lawsuit against Battlestar Galactica's producers, MCA, Inc., in June 1978, citing copyright and trademark infringement. The legal papers specifically quoted 34 alleged similarities. Lower courts dismissed the lawsuit, stating that there were no substantial similarities between the two films. But the United States' Ninth Court of Appeals disagreed, and upheld the original claim.

Eventually, neither Lucas nor Larson were required to meet inside a courtroom. The case was settled by the studios out of court, and everyone moved on from the unpleasantness. The story of Star Wars v Battlestar Galactica makes for a fascinating read nonetheless and serves as the perfect introduction for today's piece about the potential for blockchain to prevent copyright infringement in the arts.

A brief history of copyright law, and how blockchain can protect the author's rights

There are little or no recorded legal cases involving copyright before the 15th century. Copyright only became an issue following the invention of the printing press by Johannes Gutenberg circa 1440.

Few human inventions have become as significant and revolutionary as the printing press. Before its inception, books were painstakingly written by hand, either by scribes, literate slaves, or people with a lot of patience and time in their hands. This process was slow, labor-intensive, and prone to errors. The printing press allowed books to be mass-produced. Indeed, over 20m books were in circulation less than one hundred years after the first press became operational. By the 16th century, the output rose to between 150 to 200m printed works, and so on. Reading was no longer a privilege for the wealthy or the clergy. Literacy levels increased exponentially worldwide, as books had become cheap enough to produce and buy.

But the advent of the printing press created a new kind of problem: Copyright infringement.

No copyright law existed in the 1400s-1500s, as printed books had up to this point few and far between. So at this point, anyone could theoretically buy or rent a printing machine and print as many copies of someone else's text as they wanted. This would soon create problems for the original author, who could see their work printed and mass-distributed by someone else and receive zero financial benefits.

Copyright law to address this issue was first introduced in the early 1700s in England, and about one hundred years later in other European regions. Ever since the world of publishing has been heavily regulated to stop people from pilfering someone else's intellectual property.

Blockchain technology as a means to uphold creators' rights

Copyright law is a theoretical and legal framework that is sometimes difficult to enforce, and this has led to many instances where infringements have gone either unnoticed, ignored, or otherwise unpunished for a long time. The music-sharing site Napster is a perfect example of this.

The Napster case, much as Star Wars v Battlestar Galactica did a couple of decades earlier, highlighted the precariousness of content creators' position with regards to being acknowledged as such, and receive their due royalties.

Blockchain can easily bridge this gap by creating a technological safeguard for the rightful creator/s of a particular piece of content, ensuring that they are credited as owners and that royalties are paid when and if due.

DRM is an umbrella term that encompasses a set of access control technologies that restrict the use of proprietary, copyrighted material. The use of DRM technologies is not without controversy, but this is beyond the scope of this piece.

The focus here is the use of blockchain technology as DRM, particularly how smart contracts can enforce and uphold creators' rights, and ensure that copyrighted material is not infringed upon.

A smart contract is a piece of code that is executed only when a set of pre-defined conditions are met. One of smart contract's advantages is that they require no intermediaries or third parties to 'allow' them to run. Smart contracts simply run when the conditions governing them occur. Crucially, this trait means that the code is tamper-proof and resilient to malicious usage, as no single entity can run or halt the code unless this feature is specifically written into it.

In the context of creators' rights, smart contracts can guarantee that a creator will be credited as the original author, and paid accordingly. For example, say that a user purchases digital material (a short movie, a piece of music, etc.) A smart contract can be programmed to execute when the purchase takes place and credit the creator's account with the due royalties. Such royalty might be a tiny amount, a fraction of a dollar, maybe, and this usually poses a problem for 'traditional' banking transactions, as the bank's fee for allowing the transaction usually exceeds the amount itself. Blockchain removes this 'micropayment' issue, instantly creating a fairer and transparent reward system for the artist.

Content creators can benefit from blockchain in many other ways. Currently, internet giants regulate what, how, and if an artist is paid, while at the same time applying frankly extortionate fees. As an average, YouTube pays out between $1.50 and $3.00 per 1,000 views. These earnings are of course subject to a lot of YouTube-enforced regulations, such as type of content, demographics, subscriber count, etc. In short, YouTube's deeply centralized nature means that it keeps tight control on how content is distributed, and how much creators get. This not only jeopardizes livelihoods but creativity itself.

Blockchain offers a decentralized environment where this control does not exist. Content creators enjoy not only creative freedom but also a fairer reward system free from the shackles of centralization. Musicians, cinematographers, photographers, and many other creative minds can benefit from decentralized technology, and there are indeed many ongoing projects to this effect. KodakOne, for instance, is Kodak's initiative to facilitate image licensing for photographers.

Centralization and creativity are mutually exclusive concepts. If creators are bound by terms and conditions, the outcome is likely to be compromised.

Blockchain's versatility creates an environment free from third party interference and thus setting up an environment that is conducive to a more creative, productive, and rewarding experience for the author.