Ethereum's Vitalik Buterin Mocks Ripple and XRP, but is ETH 2.0 next on SEC's List?


As the XRP price continues to crash and burn, tanking by 40% on leading exchanges following the US SEC’s lawsuit against Ripple, Ethereum Founder Vitalik Buterin appears to be enjoying the show. But with the recent ETH 2.0 upgrade to Proof-of-Stake (POS) of the Ethereum network, it may not be long before the US regulators reclassify ETH as a security. 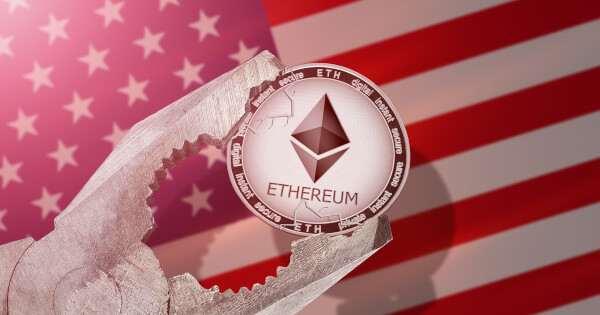 The United States Securities and Exchange Commission (SEC) has filed suit against Ripple for the sale of its XRP token which it has deemed are unregistered securities. As a result, the XRP token is being culled from exchange lists and opponents of the questionably decentralized XRPL are out in force.

Why is SEC After XRP, Not BTC or ETH?

The majority of the XRP cryptocurrency is controlled by Ripple Labs and the 100 billion tokens were created in one go, they are not mined gradually like Bitcoin. Ripple owns the vast majority of XRP tokens and both Garlinghouse and founder Larsen own a large holding of the crypto themselves—leading many to see XRP as more of a share in the company than a cryptocurrency.

XRP has long come under criticism from the SEC and a large number of the crypto community for its lack of decentralization. The SEC has in the past ruled that both Bitcoin and Ethereum are not securities as these cryptocurrencies are not centrally controlled by any person or company. The regulator instead views Ethereum and Bitcoin as commodities.

In a rebuttal to the charges laid by the SEC, Ripple claims that in fact, XRP is far more decentralized than Bitcoin and Ethereum. Ripple is also accusing the SEC of bias towards BTC and ETH, which it also argues are “Chinese-controlled” due to the majority of the mining taking place in China.

"By alleging that Ripple’s distributions of XRP are investment contracts while maintaining that bitcoin and ether are not securities, the Commission is picking virtual currency winners and losers, destroying U.S.-based, consumer-friendly innovation in the process."

In regard to Ethereum and Bitcoin’s Chinese control, the statement reads:

“XRP is a widely adopted digital asset based on open-source blockchain technology, with an extremely robust, fully-functioning currency market. XRP consistently ranks among the top three virtual currencies by market capitalization—alongside bitcoin and ether, the two Chinese-controlled virtual currencies that the SEC has stated are not securities.”

Ethereum Founder Vitalik Buterin took issue with this comment and tweeted a response:

“Looks like the Ripple/XRP team is sinking to new levels of strangeness. They're claiming that their shitcoin should not be called a security for *public policy reasons*, namely because Bitcoin and Ethereum are "Chinese-controlled."

The SEC does currently regard Ethereum as a commodity and not a security, however, due to the network's transition from Proof-of-Work consensus to POS, ETH 2.0 may once again raise the eyebrows of the SEC.

Ethereum’s previous Proof of Work (PoW) block validation method has been helpful in eliminating SEC scrutiny thus far, the basis for the evaluation of a security, called the Howey Test, has maintained that decentralized mining (e.g. Bitcoin and Ethereum 1.0) prevents them from being considered a security.

Proof of Stake changes the game significantly. POS authentication in a network in turn creates a profit-based system that effectively links owners with returns. From almost any angle, POS systems certainly meet the SEC’s normal classifications of security.

Just as stock owners receive dividends from profits, the PoS system links the returns from the platform with the line of most staked validators. In this way, it functions far more like simple security than a decentralized work-for-return model.

In fact, this point was raised specifically in an interview last year with Commodity and Futures Commission (CFTC), chairman Heath Tarbert in November 2019. The CFTC chairman cast doubt on Ethereum 2.0’s future legal status as a commodity in regard to U.S. SEC classifications and financial regulation. The warning was directly related to the block validation planned for the ETH 2.0 upgrade, which went live earlier this month.

Tarbert explained at the event that the previously held view that Ethereum is a commodity is now in serious jeopardy due to the POS upgrade. While the CFTC has no jurisdiction over Ethereum’s status, the Securities and Exchange Commission (SEC) has been carefully analyzing the platform’s newest iteration.

It should be noted that the SEC has been targeting Ripple Labs for the XRP token since 2012. Just because the regulator has not taken action a few weeks after the launch of ETH 2.0, does not mean they are not planning further action.

As it stands and until the SEC clarifies their position on proof-of-stake systems such as Ethereum 2.0, the new Ethereum should be approached by those looking to invest as though it is an extraordinary liability at the mercy of the SEC (and other regulators) who are becoming ever-more aggressive in pursuing non-compliance in this space.

How Decentralized is Ethereum?

While Ethereum may pass for decentralized on the surface, its founders, including Vitalik Buterin, have a more than enough stake to ensure control no matter how many users vote by staking. Ethereum has so far escaped the scrutiny of the SEC that XRP is now receiving, and the case may not be as clear cut as the one laid against Ripple Labs. Nevertheless, Ethereum has exhibited many of the characteristics of an ICO without registration or offering any investment protections.

Vitalik Buterin may be laughing at Ripple and XRP now, but ETH 2.0 may soon find themselves back in front of the regulators and fighting a similar battle.