The Ethereum price has surged by more than 50% from $770 to $1140 in the first week of 2021. A recent announcement by the Office of the Comptroller of the Currency (OCC) has provided a mainstream catalyst that could see the ETH price rally to new all-time highs. 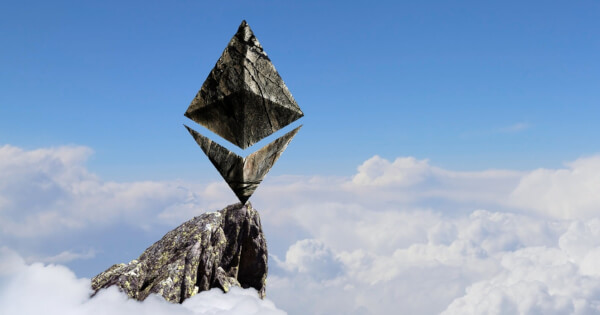 United States federal banking regulator, the OCC issued a letter on Monday, approving US banks to use public blockchain networks and stablecoins in payments.

The OCC’s letter clarified that national banks and federal savings associations could participate as nodes on public blockchain as well as store or validate payments made in those public blockchain’s native digital assets or stablecoins.

Given that the Ethereum blockchain is the most dominant payment settlement protocol, Mythos Capital Founder and crypto investor Ryan Sean Adams tweeted:

“ETH below $1k is a story for the grandkids”

Why Ethereum Price Could Boom

According to The Block Research on Dec.23, stablecoin transactional volume soared past $1 trillion in 2020.

The OCC’s letter will likely motivate US banks to create a stablecoin payment strategy and enquiring about which public blockchain to adopt. With 83.5 percent of the $1 trillion in stablecoin transactions in 2020 taking place on Ethereum—the pioneer smart contract blockchain will be difficult for federally regulated banks to overlook.

Fact: the OCC just opened the floodgates for stablecoins

Fact: every bank is about to have a stablecoin strategy

Fact: Ethereum is the largest stablecoin settlement network by far

Fact: every stablecoin transaction increases the scarcity & value of ETH

Further to its value as an institutional hedge is the successful implementation of EIP 1559 into the ETH 2.0 upgrade on Beacon Chain. The Ethereum Improvement Proposal (EIP) 1559 does two main things—it establishes the market rate for block inclusion and effectively burns the majority of the ETH used in the transaction fee. This change to Ethereum’s gas management has significant implications to the monetary system and policy of Ethereum EIP 1559. The upgrade is also what Adams alludes to when he added, “Fact: every stablecoin transaction increases the scarcity & value of ETH.”

Burning the bulk of the ETH in transaction fees provide a deflationary mechanism to Ether’s supply, which adds to the scarcity of Ether and long-term security of Ethereum—which could potentially make it as effective a hedge against fiat currency inflation as Bitcoin is purported to be.

The Ethereum price is hovering around the $1000 level down around 4% in the last 24 hours but is still up 43% for the week. Following Bitcoin’s flash sell-off last night, Paolo Ardoino, CTO at Bitfinex told Blockchain.News that he believes some of those trading profits were reinvested into Ethereum.

"The renewed interest in Ethereum isn't a huge surprise given the strength of confidence in bitcoin among institutional investors. Part of the profit-taking on Bitcoin during this retracement may have been reinvested in Ethereum."

Ethereum is the second-highest cryptocurrency by market cap, the total value of Ether is currently $114 billion according to CoinMarketCap. While the ETH price surge is getting a boost from Bitcoin’s astronomical bull run, another major factor appears to be attributed to the announcement that CME Group is launching ETH futures on February 8 as institutional demand for Ethereum’s cryptocurrency rises.

Ethereum Breaks Past $1000, Triggering a Spike in ETH Gas Prices