$2.3 Billion Liquidated on Crypto Exchanges as Bitcoin Price Crashes By $5.4k In Minutes

Over the last 24 hours, the entire crypto market suffered a flash crash, losing about $110 billion in the market cap and sending the Bitcoin price below $30,000. 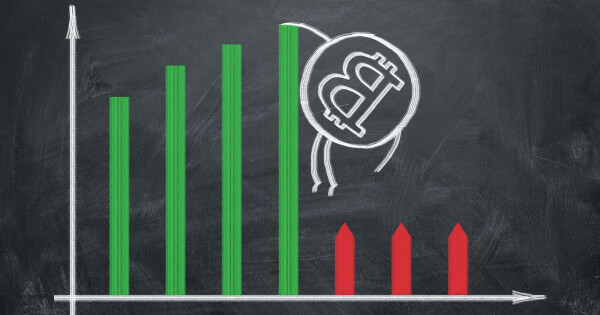 During the flash crash, about $190 million in long positions were liquidated on Binance and an estimate of $2.3 billion was liquidated across all cryptocurrency exchanges in total. Bybit crypto derivatives trading platform also indicated that over 150,000 traders were liquidated during such a particular time frame.

Several crypto analysts believe that Bitcoin should pull back from its current trading levels to maintain a healthy uptrend.

While the previous dip was massive and something extraordinary in March 2020, other steeper dips in 2017 had an enormous impact on the leading cryptocurrency. However, Bitcoin and cryptocurrencies have managed to recover rapidly. This makes investors have confidence in the market and therefore are aiming for higher highs.

Putting this into consideration, it is possible that the next dip will come even faster and everyone now expects that.

Bitcoin bulls have defended a critical support level in the form of the 12-day EMA (exponential moving average) on the daily chart. Therefore, provided that Bitcoin price stays above the 12-day EMA and the 26-day EMA on the daily chart, the uptrend would remain intact. However, a slip below the 26-EMA would be a concern and indicate a shift in momentum.

The Ethereum price has also climbed to hit $1,000 for the first time since January 2018 and peaked at $1,162 before plummeting. The current price is trading at $1,100 as the bulls hope to continue with the upward trend.

The TD Sequential indicator has just presented a sell signal on the 6-hour chart. Similarly, the trend indicator shows that the crypto is on the verge of doing the same on the 9-hour chart. If both signals are confirmed, then the Ethereum price could see a fall towards the psychological level at $900 again.

Meanwhile, in the previous month, Litecoin has been one of the few coins that have outperformed Bitcoin, increasing its price by over 150% reaching $173, which is still down from its record high of $360 registered on December 19, 2017.