Democrat Nancy Pelosi said yesterday that discussions over a new $1.8 trillion stimulus package have ground to a halt, which President Trump is blaming on the Democratic House Speaker. What could the stimulus delay mean for Bitcoin and the crypto market? 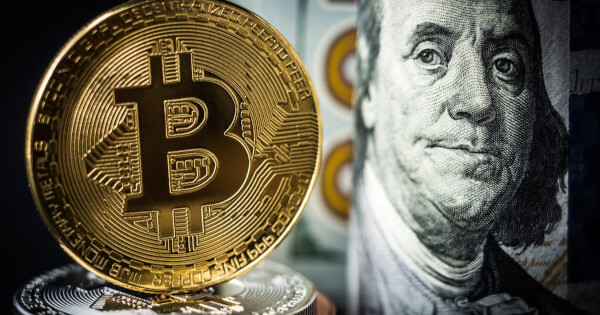 According to a report from the Wall Street Journal on Oct. 11, Democratic House Speak Nancy Pelosi has opposed the Trump administration’s proposed $1.8 trillion COVID-19 stimulus relief package, arguing that the proposal lacks adequate funding and has no strategy for contact tracing or national testing.

President Trump has responded saying that the impasse has been caused by Pelosi herself. The WSJ quoted Trump from his Fox News Interview as he said:

“Republicans want to do it. We’re having a hard time with Nancy Pelosi.”

Despite the President’s claims, it was reported by the Financial Times on Oct.10 that many in the GOP were not enthusiastic about backing the Trump administration’s proposal and voiced support for a much smaller relief package.

The new White House proposal would effectively expand the Affordable Care Act’s provisions to people who have lost their employment and insurance throughout the pandemic. Extending the ACA is one point of contention within the GOP as many of its members have been vocal about scrapping the act altogether.

What Does this Mean for Bitcoin?

Bitcoin has seen a huge increase in value this year, largely based on the bet by investors that the trillions in government and central bank money printing and relief spending globally in response to the COVID-19 market disruption will likely lead to very high inflation and US dollar debasement.

In theory, high inflation and the US dollar losing purchasing power will send the Bitcoin price surging as it solidifies its position as a hedge investment and store of value.

For now, the impasse between the Republicans and Democrats on reaching a stimulus amount agreement could see the Bitcoin price stall or even fall slightly. However, should the two sides reach an agreement soon, the price of BTC should rise consequently.

The Bitcoin price is currently trading at $11,395 at the time of writing, up 0.8% over the last 24 hours according to CoinGecko.