Crypto Price Today: Bitcoin, Ethereum, And Others Gain, Experts See October As Green for The Market

The prices of cryptocurrencies are mixed as the new week begins, with Bitcoin trading below the $48,000 level. The flagship cryptocurrency by market cap rose by about $2,500 within a matter of minutes on Friday, October 1 and was trading around $48,000 for most of the weekend, having spent more than a week before that in the lower $40,000s. 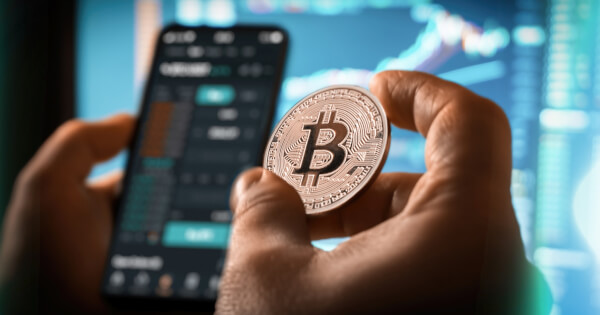 Today Monday, October 4, the global crypto market cap is $2.10 trillion, a 0.46% increase over the last day. The total cryptocurrency market volume over the last 24 hours is $99.33 billion, making a 15.37% decrease, according to CoinMarketCap.

Ether, the coin linked to Ethereum blockchain and the second-largest cryptocurrency, was trading down 1.82% at $3,347.29. Cardano price also met a decline of 4.41%, standing at $2.17, while Dogecoin was also down marginally to $0.2145. The performance of other crypto tokens, including XRP, Litecoin, Steller, is also mixed over the last 24 hours.

However, Bitcoin is currently trading at $47,667.35, and other top cryptocurrencies are also showing renewed strength in their performances. Such a positive trend started on Friday, October, after the announcement in El Salvador that the nation began mining Bitcoin using volcano energy and Federal Reserve chairman Jerome Powell stating that the US has no plans to ban cryptocurrencies.

Some traders pointed to Mr. Powell’s remarks to the House Financial Services Committee on Thursday, September 30, as a catalyst that led to the current upbeat of the crypto prices. Other traders also recognized the beginning of the fourth quarter on Friday as another supportive factor when investors sometimes reset their portfolios.

Ulrik Lykke, Founder of crypto/digital assets hedge fund ARK36, talked recently about the current performance of the cryptocurrencies and said that the digital asset market is benefitting both from the seasonality effect as well as generally positive market fundamentals.

“Historically, September has often been a red month for the digital asset markets. Conversely, Q4 has often seen strong performances and the expectation the trend will continue this year can become a self-fulfilling prophecy. It is possible that we will see new all-time highs in Q4, especially that on-chain data, particularly in the case of Bitcoin, seem to indicate a potential for a strong bull market continuation,” Lykke stated.

Lykke further mentioned that the markets also took note of how little China’s reinforced crackdown on digital assets affected Bitcoin’s price action, indicating that investors have robust and long-term confidence in BTC’s strength at the moment.

“At Cryptohopper, we’re preparing for the huge inflow of traders due to the upcoming bull-market that we expect. My prediction is that we’re going to see a new ATH this month, or at the very least near the current ATH. After which, we enter the final phase of this bull cycle,” Feltkamp illustrated.