Bitcoin (BTC) has been in the driver’s seat because it broke its previous record of $64.8K after 189 days of waiting. The benchmark cryptocurrency was able to soar to new heights of $66,900 on October 20. 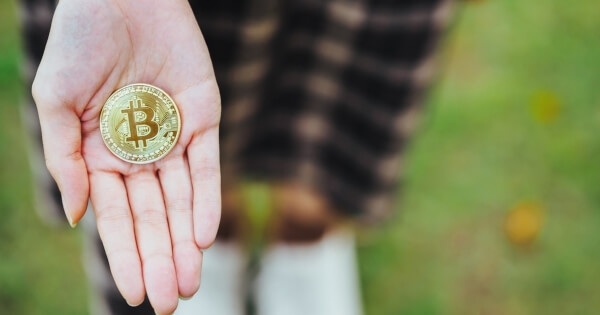 The holding culture has played an instrumental role in realizing these milestones because it is a favoured strategy in the Bitcoin market. Reportedly, the number of Bitcoin addresses holding at least 10,000 coins reached a monthly high of 86. 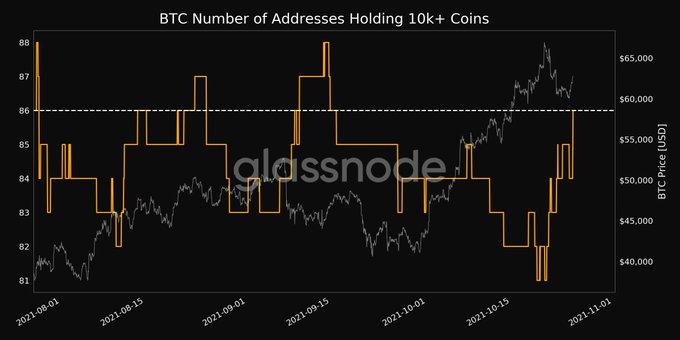 Furthermore, BTC circulation and active addresses have been holding steadily.

According to market insight provider Glassnode:

“Bitcoin open interest in CME futures contracts has increased by $3.95B over the course of October. This is in part driven by the introduction of the BITO ETF product. This represents a 265% growth in open interest since the end of September.” 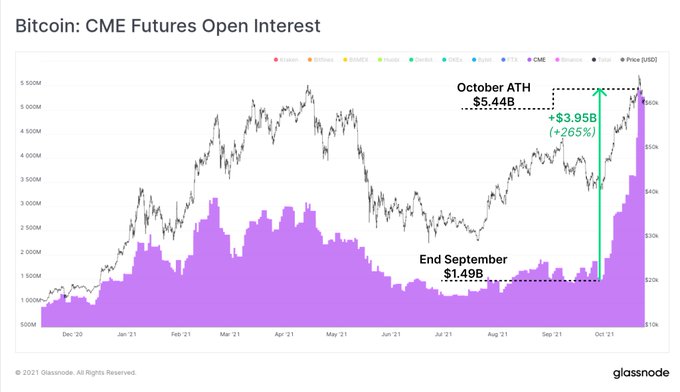 The futures market has been exploding because Bitcoin, worth $840 million, was purchased on October 24.

Is Bitcoin eyeing the $90K level? 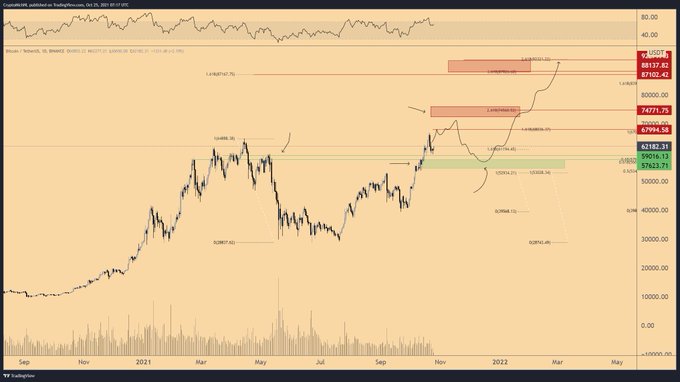 Consultancy and educational platform Eight recently stated that Bitcoin was testing its previous record high of $64.8K. If a bounce happens, the following areas to watch are around $75K, $87K, and $96K based on the Fibonacci retracement tool.

So it remains to be seen how Bitcoin shapes up moving forward.

Bitcoin is finding its way into cold storage

Bitcoin is continuously being transferred to cold storage. Jan Wuestenfeld, an analyst at Cryptoquant, said:

“Binance appears to be moving a lot of Bitcoin around currently into new cold storage wallets.”

Meanwhile, Anthony Scaramucci, the founder of SkyBridge Capital and former White House communications director, recently revealed that his once $270 million Bitcoin purchase is now worth over $1 billion.