Bitcoin (BTC) has made significant strides this quarter because it set a new all-time high (ATH) price of $66,900 on October 20 after 189 days of waiting. Nevertheless, this steam has dried up a bit because the top cryptocurrency has been consolidating between the $60K and $63K ever since. 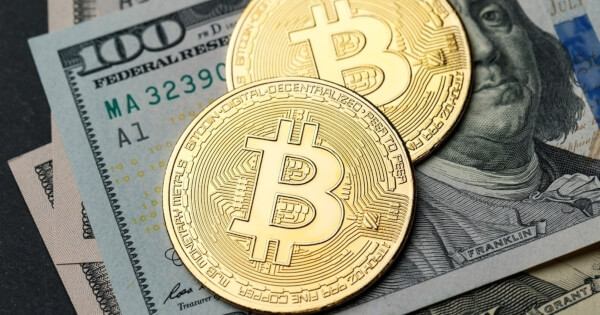 Therefore, this pullback is making Bitcoin underbought, as acknowledged by Santiment. The market insight provider explained:

“Bitcoin’s 30-day MVRV, measuring the returns of 30-day trading addresses, indicates that it's crept into negative territory for the first time since September 30th. For bulls, this is a great sign, indicating a mild signal of BTC being underbought.” 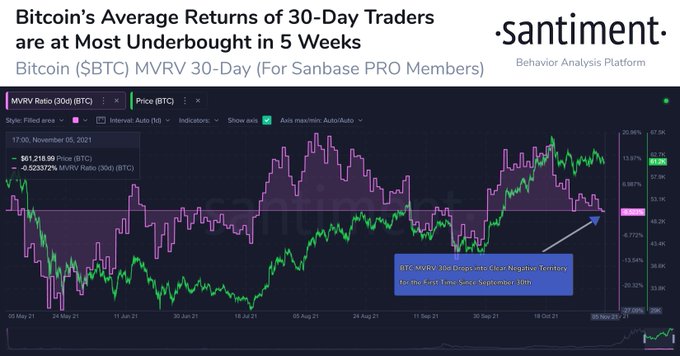 Glassnode echoed these sentiments and noted that Bitcoin is undervalued at the current level. The crypto analytic firm stated: 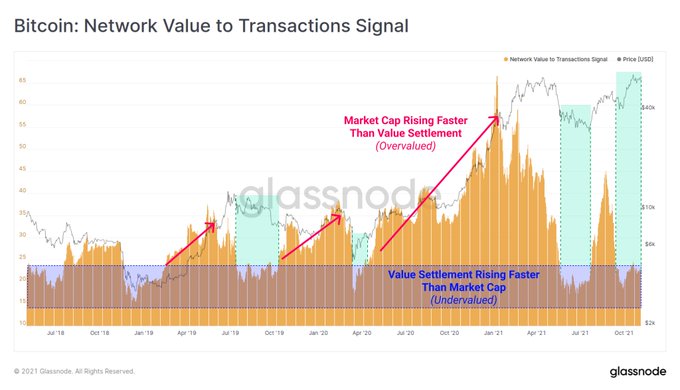 Bitcoin mining has shifted to regions with the lower electricity cost

“The countries with the lowest electricity cost of Bitcoin mining are spread relatively evenly around the globe, but we see concentrations in the Middle East, Central Asia and North America.” 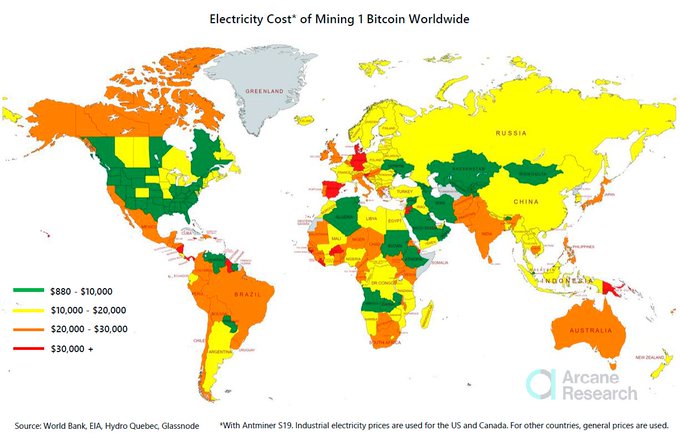 A study by the Cambridge Centre for Alternative Finance ranked the United States as the largest Bitcoin mining hub with 35.4% of the global hash rate as of the end of August.

The study noted that Kazakhstan and Russia were positioned in the second and third places, respectively. On the other hand, China’s dominance which once peaked at a high of 75% back in 2019, had hit zero percent as of July, given that Bitcoin mining activities had become unwelcome on Chinese soil.