The ADA price has surged by over 100% in the past week along with the crypto market and with Cardano’s Goguen update and functional smart contract integration set for March, ADA’s price rally looks far from over. 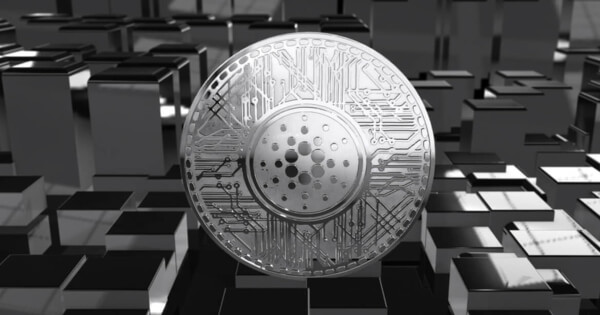 Beyond the current bullish crypto market sentiment, what factors are driving the ADA price and what can we expect over the next month?

Why is Cardano Price Rising?

Cardano launched its Shelley mainnet in 2020, as part of its developments into a proof-of-stake (PoS) blockchain protocol.

In March, Cardano is slated to undergo the Goguen update, which should see the release of these functional smart contracts. When the smart contracts are live, large-scale decentralized finance (DeFi) protocols and other decentralized applications would be able to launch on top of Cardano—giving it further utility and value.

Researchers at Binance Academy confirmed the smart contract integration of the Goguen update in a report:

”As of December 2020, functional smart contracts cannot be deployed on the blockchain platform. As part of the roadmap, this will roll out as a part of the Goguen update. Following Goguen, the Basho era focuses on optimization of scalability and interoperability, and the Voltaire era introduces a treasury system to address governance.”

A look at the ADA chart indicates further bullish momentum for the price of Cardano’s cryptocurrency. 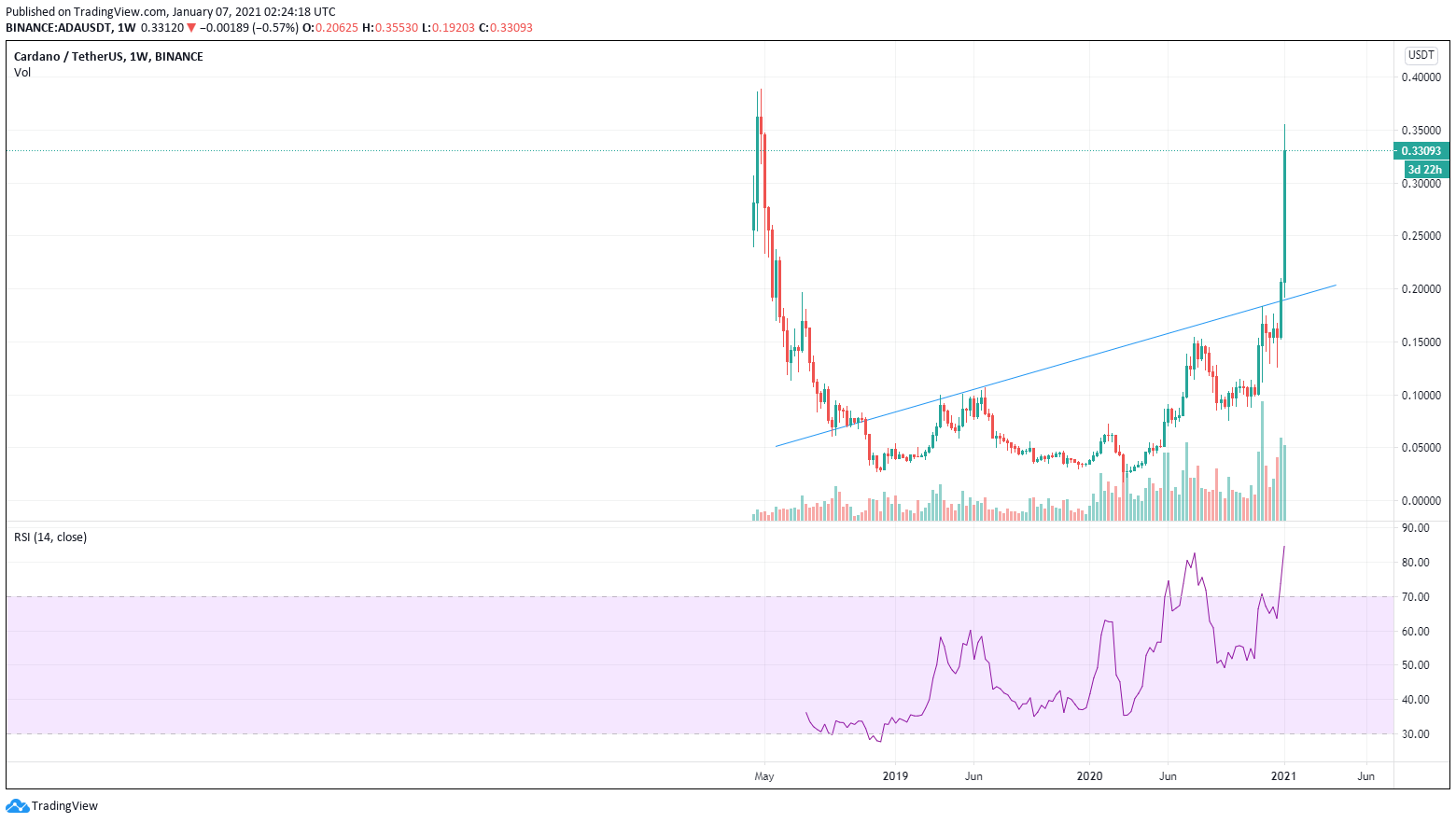 In the weekly chart, Cardano price has formed a giant Head and Shoulder Bottom pattern and it took off quickly after it breaks the neckline. If we look at the 14-week RSI, we are in the oversold region. We may see the price have a little bit of consolidation here before another leg up. 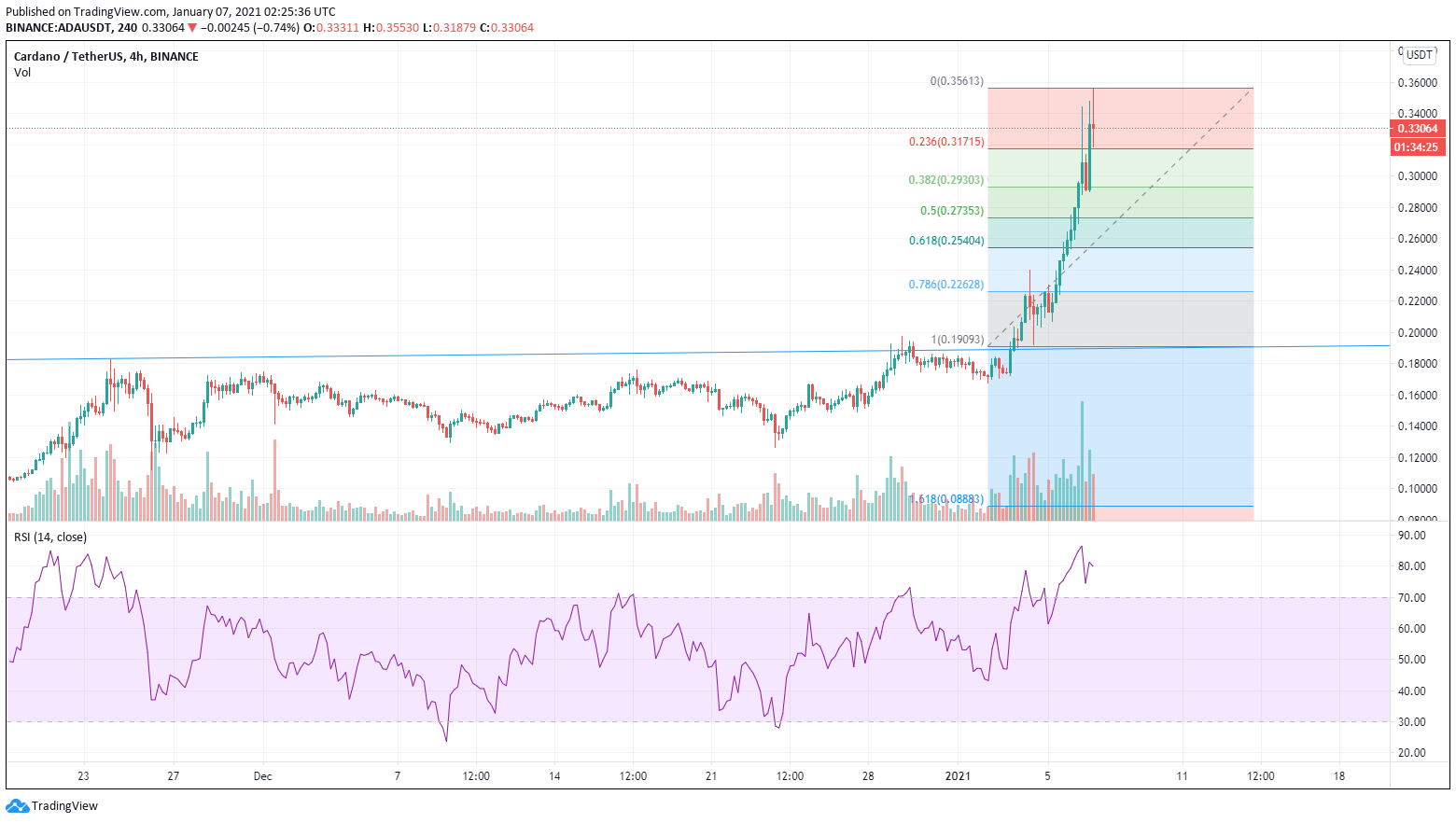 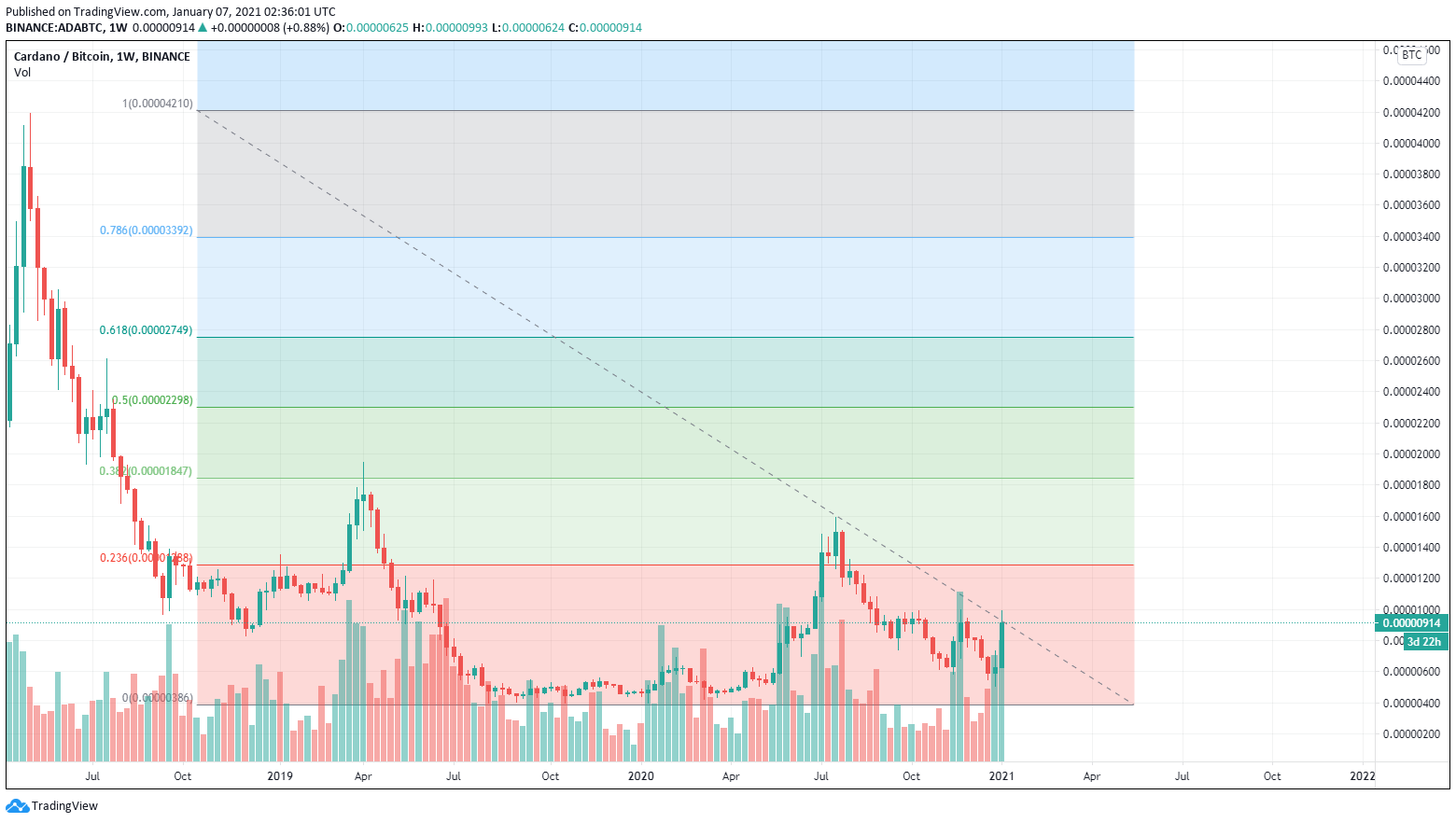 You may have thought that ADA has recently surged a lot and it is too late to be in the game. However, if we look at the ADABTC chart, it still has a lot of room to grow. Its price may challenge the 1800 or 2300 sat level if we have an imminent minor alt season.

If we look at the development plan of Cardano on their website. They have just launched their Shelly mainnet last year, and if everything goes perfectly with their Goguen mainnet launch at around March 2021, it would not be at all surprising for the ADA price to surge for 2x or 3x gains.