Racing to Save the Planet: The Role of Blockchain in Sustainability

'The greatest threat to our planet is the belief that someone else will save it.' – Robert Swan. 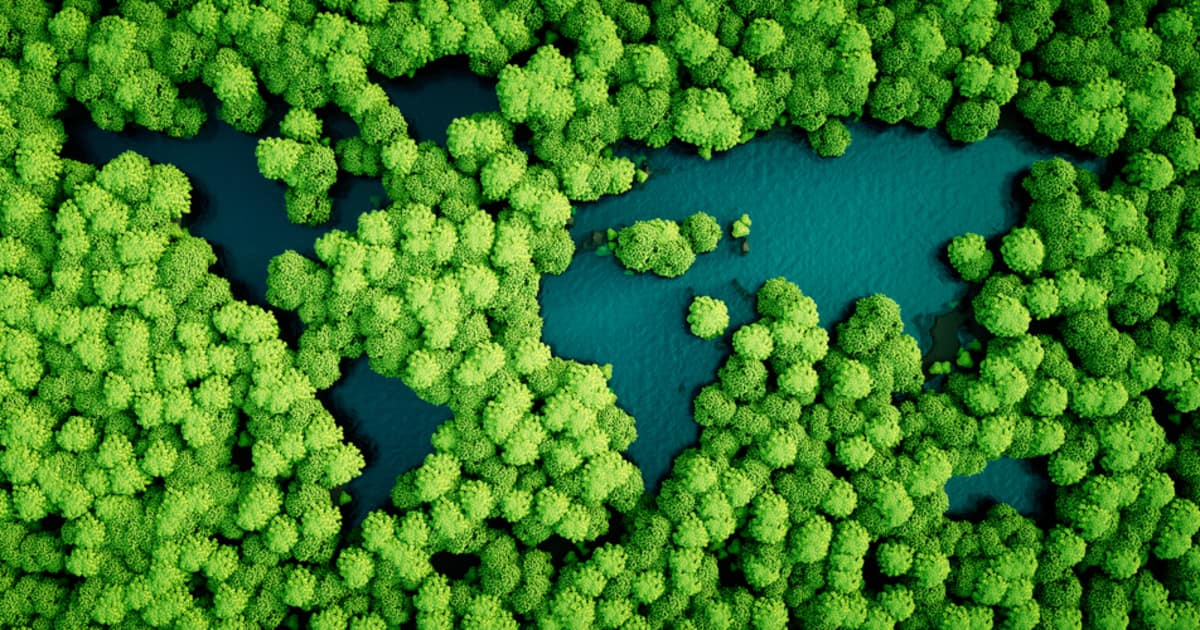 From The Ottawa Citizen newspaper, Saturday, May 17, 1986

Chernobyl: Tragedy felt around the world

The world is no stranger to environmental darkness. The MIC leak in Bhopal, India, killed around 10,000 people in the immediate aftermath of the disaster and in the 24h that followed the initial leak. The long-term effects of that fateful night in December last to the present day, affecting over half a million people in the long run. The Bhopal MIC leak still retains the dubious honor of being the world's worst industrial disaster.

The specter of nuclear contamination spread its deadly wings over the small town of Pripyat, Ukraine, in the early hours of Saturday, April 26th, 1986. Pripyat was the name given to the residential town built for workers at the nearby Chernobyl Nuclear Power Plant.

Less than three years later, the Exxon Valdez ran aground in Alaska's Prince William Sound. The force of the impact tore open the ship's hull, and 11m gallons of crude oil spilled out. The resulting oil slick spread to over 1,300 miles of coastline, killing hundreds of thousands of animals, and causing long-lasting damage to local economies.

There are many other instances of environmental crimes against Mother Nature. Mankind's reliance on fossil fuels and non-renewable energies for generations has inflicted tremendous damage to the very environment that supports human life. If the trend of destruction continues, Earth will become an uninhabitable wasteland in the not-to-distant future.

How long we have left depends on who you ask. Some say that certain tipping points, such as the continuous loss of Arctic ice and the thawing of the permafrost have already been passed. The minimum area covered by Arctic ice has shrunk by about 40% since 1979, for example. And there are predictions that some 2.5m sq.m of permafrost (that's about 40% of the world's total area) might be gone by the end of this century. The consequences of these two events combined would indeed be dire. So to put it simply, it might already be too late to reverse mankind's relentless march towards an apocalypse of its own making.

Sustainability: Can we banish the Four Horsemen?

Apocalypse does not point to a fiery Armageddon, but to our ignorance and complacency coming to an end -Joseph Campbell

Environmental damage is, by and large, man-made. Natural disasters such as volcanic eruptions, typhoons, etc. do occur, but no one can deny that most of the devastation inflicted on Earth's ecosystem has been caused by mankind's own hand. Overfishing, deforestation, poaching, plastic pollution, and the three events highlighted at the start of this piece, along with many more, can all be traced back to people just like you and me.

Campbell, the American Professor of Literature who wrote such influential works as The Man with a Thousand Faces and The Masks of God, made an excellent point with his words. Mankind's ultimate fate will likely not be determined by a rogue asteroid or any other cosmic event. Unless we change course, it will be our own ignorance and complacency in environmental matters that finally seals our destiny.

Sustainability is one the journeys that we, the human race, can embark on to prevent the coming of the Horsemen. The onus is on us to work together towards a common goal, for, in the end, there is only one Earth for us all.

Now, the concept of sustainability is a sort of umbrella term under which resides a whole raft of ideas, initiatives and combined efforts to create a better tomorrow. There's no universally agreed definition of what sustainability is, beyond the actual meaning of the word: The ability to be sustained, supported, upheld, or confirmed. And in the context of this article, we're talking about mankind's ability to sustain and support our homeworld in the long run, so that future generations can still enjoy a life-supporting ecosystem, rather than a scorched wasteland.

Sustainability as a whole is an enormously complex issue whose ramifications go way beyond the scope of this article, so we'll narrow the focus of this piece down to one particular technology that may play a crucial part in creating a sustainable future: Blockchain.

Blockchain and sustainability: A better future starts with data blocks

That old saying sums up the concept of sustainability pretty well, doesn't it? We need to teach and learn the skills and techniques that will ensure people have food to eat today, tomorrow, and in five years' time. There already exist many initiatives and projects within the sustainability space, but a piece of technology that started life as the engine for cryptocurrencies might become a vital cog in the sustainability machinery.

Blockchain is, at its core, a decentralized ledger. The answer really is in its very name. It is a chain of blocks that stores transactional data. All existing nodes in the network validate the transaction, which becomes immutable, i.e., it cannot be changed. The idea is simple, yet hardly new. The framework for a decentralized ledger to store immutable data had been postulated as far back as 1991, when research scientists Stuart Haber and W. Scott Stornetta devised a cryptographic solution to timestamp digital documents, so they could not be tampered with. The system worked as intended, but at the time, it did not find wide use outside research and theoretical circles.

Fast forward to 2008. The person or persons behind the Satoshi Nakamoto alias published a whitepaper that introduced the idea of a decentralized, peer-to-peer transactional model for digital money, using a chain of blocks to validate and store the transactions. This chain of blocks soon became widely known as 'blockchain'.

Blockchain is one of those 'Jack of all trades' technologies, with such versatility as to be applicable to diverse industries as supply chain, manufacturing, entertainment, finance, and many more. Sustainability is but the latest sector to begin looking at blockchain as a valuable addition to help attain its goals.

But how can a technology that started life as the engine driving cryptocurrencies possibly help the environment?

A simple example: Say that a furniture retailer sells a kitchen table, a fairly ubiquitous household item. A green sticker on the product claims that the table was manufactured with wood cut from a sustainable forest. Now, how can the company make such a claim, unless someone was able to trace the raw material -wood, in this case-, all the way back to the place where it was obtained? The answer is blockchain technology.

The current supply chain features a lot of intermediaries. Sticking with the kitchen table example, the chain would start with the logging crew who actually cut down the trees, the truck driver who transported the logs to the timber mill, the freight company that moved the wood panels halfway across the world to a seaport somewhere, and the van that brought the material to a warehouse, where a kitchen table (or the panels to make one, if it's flat-packed) will be sold to a customer. And some of this stuff might be sold online, which starts a whole new distribution chain and adds yet another layer of complexity.

So the question arises, how can it be remotely possible to know exactly where a particular piece of wood came from, and where it has been?

Blockchain provides a ready-made answer to this question: A digital signature (a certificate, if you will), which would be created by the logging crew, recorded on the blockchain, and passed on down through every stage in the supply chain. This digital signature would contain immutable information about the provenance of the wood, including when and where exactly it was obtained, the locations where it has been, etc., all visible in a blockchain record that cannot be tampered with.

Product certification on the blockchain

Determining provenance is just one of the many aspects in which blockchain can prove useful for the creation of a sustainable environment.

The same technology that traced that piece of wood from tree to kitchen can also become an invaluable tool in the process of auditing and certifying a wide range of products to ensure a sustainable origin.

Currently, many products destined for human consumption (coffee, fish, bread, etc.) claim to have been harvested, fished, or baked from sustainable sources, and a sticker on the packaging says so. But for that sticker to be there, the field, fisheries, or factories where the stuff was packaged must have been audited by someone who certified that the sustainability claims are true. These audits are often costly and inefficient, as some factories might be sited in very remote locations where access is difficult. Auditing, when it happens, is also fraught with dubious practices that cast doubt over the entire process.

Blockchain technology can enable a lean and clean auditing process that ensures that the origin of a certain product is what it says on the tin. Several projects are underway in this field. The Sustainable Advanced Reality Audit (SARA) system, for example, which is part of a larger sustainability initiative by Friends of the Sea and the World Sustainability Organization (WSO).

I opened this article with a piece by Englishman Robert Swan, a distinguished author, adventurer, and keynote speaker who became the first human being to walk both Poles. Back in 2017, Swan and his team undertook the South Pole Energy Challenge, a first-of-its-kind expedition that involved a 600-mile long journey to the South Pole with his son Barney Swan, using nothing but renewable energy to power the feat.

Most of us will never achieve anything close to what Robert Swan did, but we can all work toward safeguarding Earth's future, one block at a time.