Could Blockchain Increase Diversity in the Way Films are Nominated for the Academy Awards?

The film awards season has finally passed for the year and a look back over the last few weeks, unfortunately, uncovers lingering problems with diversity among the nominations for both the BAFTAs and the Academy Awards (Oscars).

Despite a push for inclusion following the #OscarsSoWhite boycott of 2015, there was uproar in the entertainment community as only one of the twenty nominations for acting went to an actor of color, Cynthia Erivo for Harriet. It should be noted that Spanish actor Antonio Banderas also received a nomination but does not count as a person of color by Hollywood metrics - more on this later. The 2020 Academy Awards also did not feature any women nominations for directing.

Due to some recent publications by Blockchain.News, and other sources promoting the application of blockchain technology into voting systems for greater transparency and trust, we have received a few questions from readers asking if it could be applied to the Oscar’s nomination system.

After taking a look at how the Academy nominates: the short answer is yes, blockchain can definitely enhance the process but, unfortunately, not in the way that people might like.

How Nominations are Made

Before we discuss how blockchain might improve the Academy’s nomination system, we need to see how it works. Below is a summary of the complicated process that goes into determining if a movie or talent gets nominated.

The voting process for nominations involves more than 8000 academy members as well as hundreds of eligible films, acting talents and production talents. The easiest way to achieve Academy membership is to have been nominated previously, but those who meet the criteria can apply - the criteria is based on history and credentials within the sector or being nominated by an existing member.

Members will vote in one of the 25 categories specific to their craft, for example, only Directors get to vote for Best Director nominees, Actors for the Best Actor Category etc. All members, however, may vote for the Best Picture category.

Ballots are sent to the voting members who are allowed to choose and rank five nominees in order of their preference, in their category.

Following the vote, the ballots are sent to accounting giant PricewaterhouseCoopers (PwC), who have handled the duties of mailing out ballots and tabulating the results for more than 80 years. It is up to PwC to find the magic number—the number of votes in each category that automatically turns a potential nominee into an official nominee.

To determine the magic number, PwC takes the total number of ballots received for a particular category and divides it by the total possible nominees plus one. As explained by MentalFloss, “An easy example is to take 600 potential ballots for the Best Actor category, divide that by six (five possible nominees plus one), thus making the magic number for the category 100 ballots to become an official nominee.”

In a process that is estimated to take 1700 hours, the counting is still done by hand and starts based on a voter’s first choice selection until someone reaches the magic number. For instance, if Brad Pitt reaches the magic number first for his performance in Once Upon a Time in Hollywood, the ballots that named him as a first choice are then all set aside, leaving four spots to be filled for the Best Actor category.

The actor who receives the fewest first-place votes is automatically knocked out, and those ballots are redistributed based on the voters' second-place choices (though the actors still in the running retain their calculated votes from the first round). The counting continues, and actors or different categories rack up redistributed votes until all five spots are filled.

Blockchain for Reconciliation, not Diversity

The most obvious aspect of the above nomination process that could be enhanced by blockchain technology would be the reconciliation work done by PwC.

As stated above, the process of tabulating nominations takes PwC around 1700 hours at the expense of the Academy. The need for PwC, who are actually the secret stars of the show putting in the majority of the work, to even participate could be eliminated should the Academy adopt a voting system that leverages blockchain.

PwC approaches the tabulation of votes in a traditional auditing sense which requires the confirmation of votes and sorting of preferences on its own accounting ledgers at the end of the tabulation period. As mentioned above, PwC still does this by hand which is not only time-consuming it also opens the process up to human error and requires everyone to simply trust they have counted them in an unbiased manner. We would state here that Blockchain.News respects the integrity of PwC but we are simply saying that no one is going to recount them and check if the big four firm was correct.

Blockchain, in theory, solves almost all the issues, providing the immutable record of transactions almost immediately and automated processes can again instantly determine the ranking of nominations.

According to an article published on Medium, “ Due to its distributed ledger technology, blockchain technology eliminates the need of entering accounting information into multiple databases and potentially removes the need for auditors to reconcile disparate ledgers, whereby substantial amounts of time could be saved and the risk of human error be considerably reduced.” 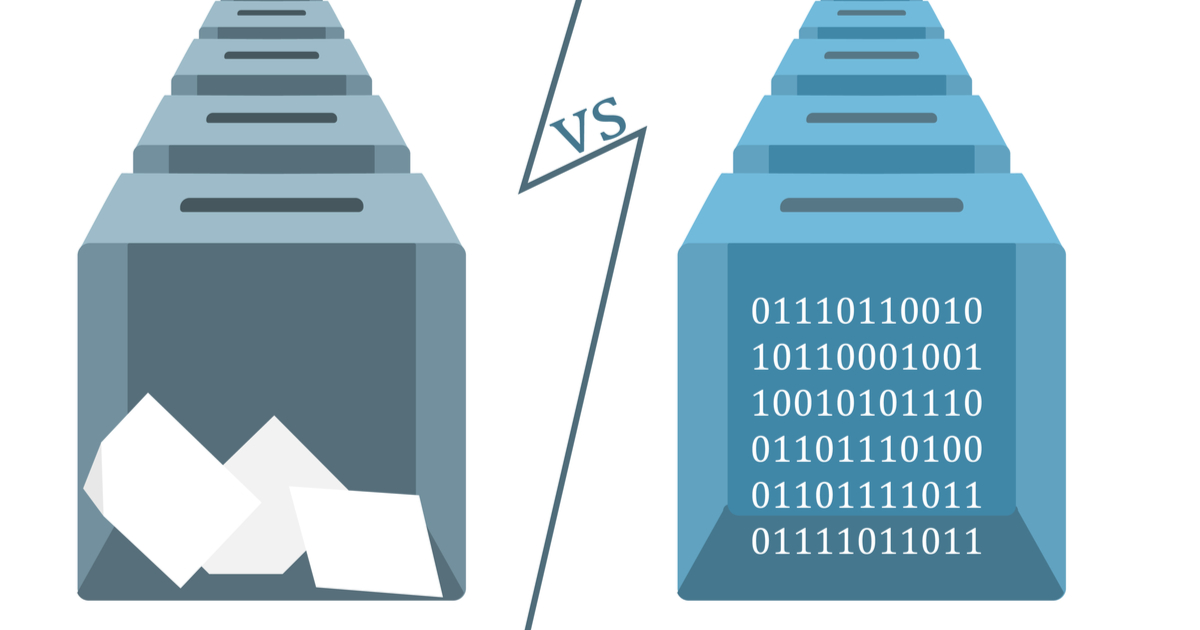 Taking it a Step Further

As mentioned in the introduction there has been a push for inclusion following the #OscarsSoWhite movement of 2015. The movement creator April Reign believes that while things are changing they are not changing fast enough, she said, “When I created #OscarsSoWhite in 2015, the Academy membership was 92% white and 75% male. The Academy has improved those numbers a bit, and now its membership is 84% white and 68%, male. So yesterday did not come as a surprise. When I saw the nominations, I was disappointed that there were so many talented filmmakers who were not going to be acknowledged and recognized by their peers.”

Spike Lee also spoke out against the lack of diversity in the nominations during an interview with the BBC, where he mainly discussed streaming services, saying that while the small players are changing, it is the gatekeepers who stay the same and stop inclusion.

While I could offer a range of reasons why they may feel this way, I am neither qualified nor want to delve into the mess of intersectional diversity that is proudly championed by the words, not really the actions, of most Hollywood stars. While there are strong cases for diversity and inclusion actions, there is, unfortunately, a lot of evidence to suggest that Hollywood in the majority holds a very radicalized extreme left view of the world and tends to be too woke.

It also helps to remember that there are only so many open positions for nomination and “the Academy” as an institution doesn’t really do anything—votership is nothing more or less than an average of individual tastes and preferences of this woke community. It is, in fact, the fault of the directors who voted that there were no women nominees and only one qualifiable person of color nominated for their performance, sorry Banderas.

The suggestion is that without complete and equal representation of every race and both genders, the nominations will remain unfair. The real issue at this point, however, appears to be that despite the diversifying action succeeding in increasing minority representation, the votes are just not correlating the way Hollywood social science majors thought they would.

Without digressing further into whether Hollywood expectations are realistic or not, how could blockchain be applied here? Using blockchain, it would be possible to track and make public the voting habits of every single member and see exactly who they nominate. While this would allow transparency, it would open the voters up to a routine Hollywood witch-hunt which may also influence the vote unnaturally and cause people to vote for whatever movie best encapsulates the current political zeitgeist. This is not really a solution as which films get nominated are the culmination of very subjective views on a very subjective art form and, given the lack of restraint that Hollywood shows in light of real-world issues that are too complex to be summed up in a sound bite, would open up the voters to a world of subjective criticism.