3 Ways Biden Can Be Friendly With China

There's no question that the Biden Administration has come into power at a pivotal moment in history. The challenges it faces, both domestic and international, run the gamut. Nowhere is this more apparent than in its relationship with China. 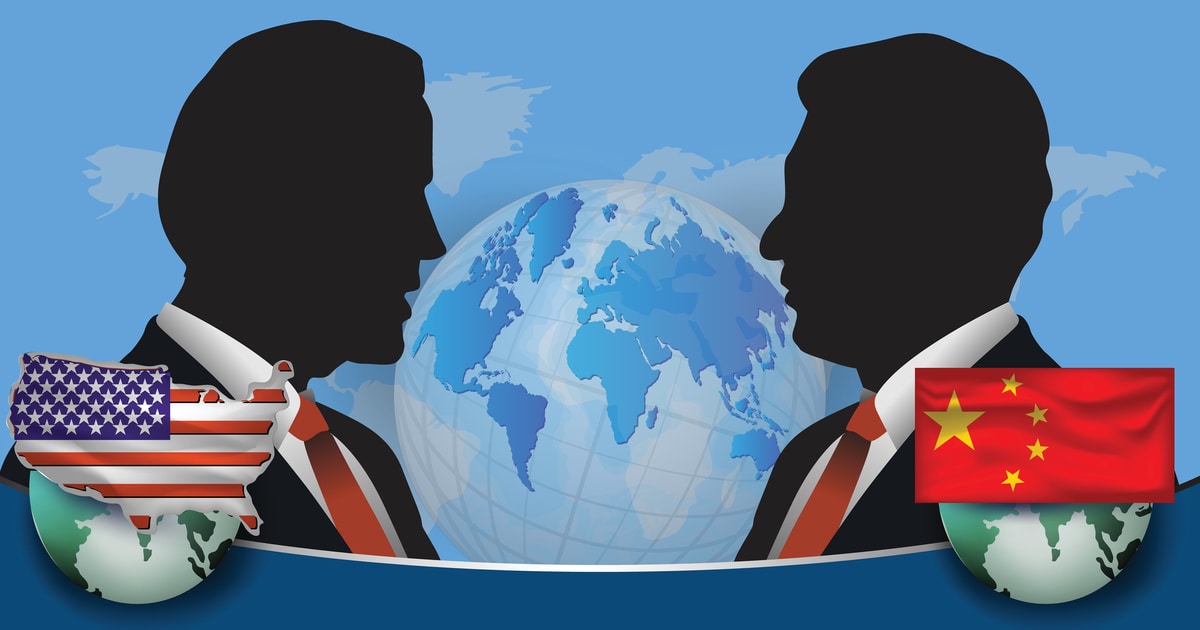 America's relationship with China has ebbed and flowed over the years, but no matter who sits in the White House, two things remain true. The first is that America needs China. The second is China's slow and steady ascendancy to the status of an economic superpower.

Complicating matters further is the seemingly asymmetrical COVID recovery Biden inherited from his incompetent predecessor. At least on the surface, China has mostly stamped out the virus and is using its head start to further its goal of achieving global financial supremacy.

Long-simmering tensions between the U.S. and China have locked the two countries into a hellish paradigm of their own making. The belief that long-term economic success is a zero-sum game is as false as it is destructive.

No amount of protectionism will force the Chinese genie back into the bottle. China will reach economic parity with the U.S., whether Americans like it or not.

President Biden has the chance to guide the world into a new, two-pole economic dynamic where China and America stand side-by-side as economic equals, working in tandem to increase prosperity across the globe.

Before we explore the three things President Biden can do to work towards a brighter global economic future, we must first understand the near-term dynamics shaping policy in the U.S. and China.

In the U.S., the Biden Administration will likely pursue a gentle relaxation of the trade tensions with China so that prices for U.S. consumers will fall while access for American exports increases.

On the other hand, China will likely continue to fortify its domestic market and attempt to break free of U.S. dominance in high tech. The concept of Dual Circulation, a significant focus of President Xi Jinping, will seek to drive internal consumption while keeping the country open to foreigners.

I consider myself both a global citizen and a bridge between East and West. It is my firm belief that Cold War-era tactics and zero-sum thinking will lead us down the path of destruction. Instead, it's time for us to evolve as a global society and find a sustainable long-term balance.

Here's how I think President Biden can help move us in this direction.

#1 Support the next wave of innovation, including A.I. and green tech, and cooperate with China to define standards.

When it comes to maintaining or advancing a country's economic position in the world, innovation, not protectionism, reigns supreme. Trade wars and political posturing are reactive, not proactive.

The economy of the future will be defined by still-emerging fields like artificial intelligence and green tech. The U.S. still stands out as the center for innovation and advancement. America is capable of amazing things when its people pull together and work toward a common goal.

The Biden Administration should put particular focus on investing in and supporting so-called "Moonshot" initiatives while working hand-in-hand with China to develop global standards in potentially dangerous fields like A.I.

There is no question that China has benefited from leveraging the West's innovations and advancements, sometimes without permission. This is an uncomfortable truth that we must embrace. The massive leaps forward that China has made over the past 70 years can, at least in part, be traced back to a fluid stance on intellectual property rights.

The simple fact of the matter is that until there is trust between the two countries in this arena, it will be nearly impossible for their relationships to improve.

China's leadership is nothing if not pragmatic. They did what they needed to get to where they are today. They will continue to appropriate intellectual property until stopped. Doing so will not only protect American interests but will also help to drive innovation inside of China.

The results will, of course, take time to manifest. However, mutual respect for intellectual property rights is critical to long-term cooperation and mutual growth.

#3: Pull back on the rhetoric and brinkmanship that characterized the Trump administration.

For all of his crass incompetence, Donald Trump wasn't always wrong when it came to China. When pushed to characterize my thoughts on the matter, I think back to a quote from the 1998 film, "The Big Lebowski." When pushed by his very Trump-like friend's question of "Am I wrong?", The Dude responds, "No, you're not wrong Walter. You're just an asshole."

Trump's rhetoric and brinkmanship clouded any truth that he may have been trying to convey. President Biden, however, is a long-time statesman and all-around class act. I believe he will be able to take a firm position with China while demonstrating respect and working toward a better future.

China and America should not be enemies. To think that this is inevitable is to relegate yourself to failed twentieth century thinking. Both countries have the unique chance to thrive in a world where economic power is more evenly distributed, but only if they begin to move beyond petty squabbles and Cold War-era machinations.

Today, the ball is in President Biden's court. America once again has a chance to grow, evolve, and lead on the global scene. I, for one, will do everything I can to help rebuild the bridge between East and West and shepherd the world toward a brighter and more prosperous future.