Former Wirecard Chief Operating Officer Jan Marsalek used Bitcoin to move funds to Russia where he is now in hiding, according to a Russian media outlet. 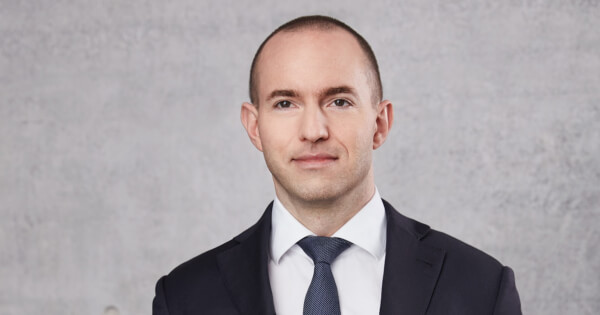 Jan Marsalek, the former Chief Operations Officer of the now-defunct German Wirecard payments allegedly sent Bitcoin (BTC) from Dubai into Russia, where he is now reported to be hiding.

According to a local Russian media report on July 20, Jan Marsalek is hiding from German and Austrian authorities in a private house outside of Moscow under the watch of Russian intelligence operatives. The amount of BTC cryptocurrency Marsalek sent prior to his arrival in Russia was not reported.

German payment firm Wirecard collapsed after auditors Ernst & Young raised issue with a nearly 2 billion Euro hole in financial services provider’s books. The 40-year-old Austrian citizen, Marsalek, who held the position of COO of Wirecard since 2010, was in charge of the company’s Asian operations.

On 18 June 2020, Jan Marsalek along with the entire management team, was fired. Marsalek explained to his colleagues that he was going to the Philippines to chase and find the missing billions, in order to prove his innocence—only to go missing himself later that day.

Marsalek was last reported to have been in Belarus. According to investigative journalists from Bellingcat, a collaborative investigation uncovered Russian immigration records and data kept by Russia’s Federal Security Services (FSB) that suggests that Russia’s security service has had a long-standing relationship with Marsalek.

Marsalek  is reported to have used a number of different passports – including a third-country diplomatic passport – to visit Russia dozens of times in the last 15 years. It also was found that immigration records had been forged on his behalf to cover his tracks as he made his way into Minsk, the capital city of Belarus.

The investigation points to Marsalek receiving help and having links to Russia’s FSB intelligence, Bellingcat wrote, "FSB has complete control over the Russian border service and thus over the centralized Russia-Belarus border database. Therefore any manipulation of data would have to be done at the behest of, or at least with the consent of, the FSB.”

Marsalek is currently wanted by German and Austrian authorities on the charges of fraud and embezzlement related to the 2 Billion Euro that went missing from Wirecard.