US Government Is Likely to Ban Bitcoin, says Ray Dalio

Ray Dalio, the founder of Bridgewater Associates hedge fund firm, believes that the US government could ban Bitcoin if the leading cryptocurrency becomes too successful. 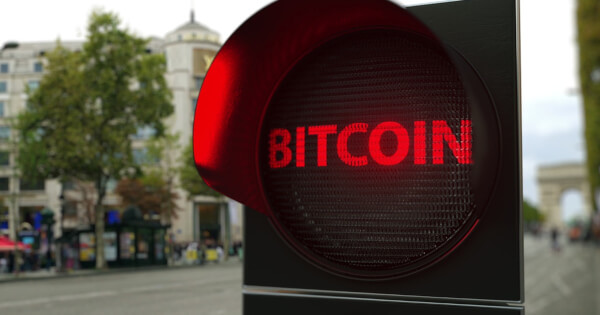 In an interview with Yahoo Finance, Dalio said that the history of money showed that policymakers would clamp down alternative currencies that could challenge the primacy of the dollar. He stated that: “Very likely under a certain set of circumstances” that Bitcoin would be “outlawed” just the way the government banned citizens from holding gold in the 1930s.

Under the US. Gold Reserve Act of 1934, it became illegal for citizens to own gold because governments did not want gold to compete with money as a store of value, according to Dalio.

Dalio told Yahoo Finance’s journalist Andy Serwer that Bitcoin has demonstrated itself over the last 10 years, building a significant following, and is now like digital cash in nature. The founder of the world’s largest hedge fund firm with $150 billion in assets under management stated that such a success could be a danger to governments.

“Every country treasures its monopoly on controlling the supply and demand. They don’t want other monies to be operating or competing, because things can get out of control.”

Dalio mentioned that the current debates among policymakers in India about plans to ban Bitcoin could herald a rising trend. He said: "I would suspect it would be very hard to hold up against that kind of action."

So far, there has been no indication from the US regulators that they are intending to completely ban Bitcoin. However, some influential figures, including the US Treasury secretary Janet Yellen, have said that regulations should be tightened because of concerns that crypto assets are used to finance terrorism and the drugs trade.

Bitcoin cryptocurrency claims itself to be the first decentralized peer-to-peer payment network that is powered by its users with no middlemen or central authority. That lack of central authority is the main reason governments are afraid of the cryptocurrency. Over the previous decade, Bitcoin has gained attention not only for ordinary individuals but also for governments across the globe. Some governments fear that Bitcoin could undermine or destabilize the authority or control of central banks and also could be risky to investors, can be used to circumvent capital, and can be used for illegal purposes or money laundering.

Governments control fiat currencies. They use central banks to exercise monetary policy to exert economic influence. They also dictate how fiat currencies can be transferred, collect taxes on them, enabling them to track currency movement, dictate who profit from such movements, and trace criminal activities. All of such control is lost when non-government bodies develop their own currencies.

So far, the US has taken a generally positive stance towards the cryptocurrency, though several government agencies work to reduce or prevent Bitcoin use for illegal transactions. Similar to the US, countries including Canada, Australia, the European Union, Finland, among others have maintained a generally Bitcoin-friendly stance while also ensuring that the crypto is not used for money laundering.

Meanwhile, some countries like India, China, Nigeria, and Russia have suggested an outright ban on the digital currency due to concerns associated with its decentralized nature, volatility, links to illicit activities, and perceived threat to current monetary systems.

However, most nations have not clearly determined the legality of Bitcoin, thus prefer instead to take a wait-and-see approach.