The US Federal Reserve has continued to research the benefits and impact of implementing a central bank digital currency (CBDC). 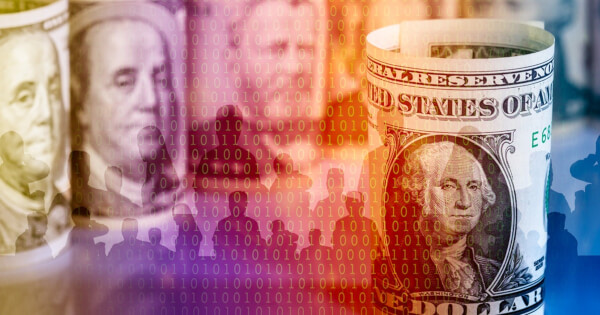 Previously, the US Federal Reserve had stressed the importance of studying central bank digital currency tactfully before proceeding to the next step – moving to launch a CBDC. First and foremost, it needs to ensure that an issuance of a digital dollar would be beneficial for the US economy.

Impact of CBDC on commercial banks

Through a literature review, Fed economists Francesca Carapella and Jean Flemming addressed how a CBDC issuance would affect commercial banks. According to them, with an official digital dollar in play, this might reduce the need for a third-party intermediary, eliminating the bank’s role as a third-party entity. However, as long as commercial banks would need to borrow from central banks, “disintermediation can be avoided as banks can still make loans.”

Also, with the introduction of a CBDC, this might potentially lead to more bank customers. If CBDC is popularized and accepted across transactions, this will also serve to increase trades between buyers and sellers, driving up the demand for a central bank digital currency. However, the downside would be that it might decrease business for banks, as decentralized exchanges might be more leveraged and the need for bank loans would subsequently be decreased. The report read:

“If CBDC is widely accepted for transactions, buyers will hold more of it, increasing trade between buyers and sellers, leader to higher quantities exchanged, and in turn, higher consumption. At the same time, consumers’ portfolio choice implies lower deposit balances and in turn lower lending by banks, reducing investment.”

The Fed economists said that if the demand for CBDC was greater than the decreased lending effect that might be triggered by the introduction of a digital dollar, this would be an instance in which a central bank digital currency would be beneficial. The report read:

“If the consumption effect through increased acceptance is larger than the investment effect through decreased lending, the introduction of a CBDC will increase welfare.”

Furthermore, CBDC may be more beneficial for unbanked households than banked ones, as a digital dollar may decrease cases of monetary theft and act as an “interest-bearing asset” for them.

Through the research, the conclusion was that the intrinsic features of a CBDC as a means of payment must be understood before proceeding forward. Consumer payment choice and what drives an individual to favor a payment option over another must be surveyed. The report highlights:

“To understand how heterogeneity in consumers’ choices across means of payment determines the adoption of CBDC, it is crucial to identify whether CBDC could be a substitute for physical currency, deposits, or both.”

The US’ approach to CBDC is a huge contrast from the strategy adopted by China, who has been quick to introduce a pilot version of its digital currency electronic payment (DCEP).

With the growing popularity of cryptocurrencies like Bitcoin, central banks worldwide have reacted by experimenting with digital currencies of their own to remain financially relevant. In addition, the issuance of CBDCS by global economies may be an eventuality, as technological innovation is on the rise and the need for digital payments to be conducted efficiently, securely, and quickly is more important now than ever.

Slow and Steady Wins the CBDC Race: Why the US is not Concerned with China's Speed