Capital One Services, a subsidiary of US banking giant Capital One has patented a new artificial intelligence system to guide human cryptocurrency traders through the complicated world of misinformation in the digital assets space. 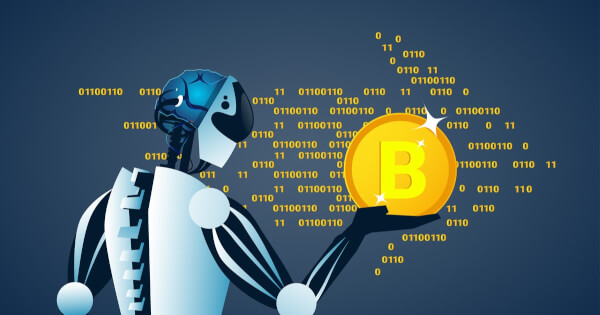 Capital One Services is a subsidiary of Capital One and mainly deals in credit and car loans. According to the filing, the new patented system leverages AI technology to sort credible cryptocurrency information from misinformation for those looking to invest or trade.

The cryptocurrency market is more of a frontier than an established terrain, a frontier where human traders face unique and difficult to overcome obstacles in retrieving relevant and useful trading information.

Cryptocurrency markets operate 24 hours a day, every day, and deal with distinctive elements foreign to other markets like blockchain forks, exchange hacks, crypto airdrops, and a variety of crypto news sites as well as social media investors and advice.

The patent filing explains, “It would be impossible for human traders to track all of the above-mentioned cryptocurrency-related data and respond to that data in real-time. Further, it would also be difficult to verify the credibility of the cryptocurrency-related information in real-time. In particular, it is difficult to verify the credibility of speculation, rumors, opinions, and other information posted on social media and elsewhere."

Capital One’s AI verification system was filed with the U.S. Patent and Trademark Office under the Patent no. 10,679,229. The patent filing explains the AI tool consists of three major components.

The first major component relates to a specific algorithm that searches through a “plurality of modules” or multiple independent sources – for example different social media sites – for information it determines to be viable for crypto trading. Second, the AI then feeds the information back to a “credibility analysis engine,” which cross-references and determines whether the event is credible based on historical examples. If the info is valid the AI will check how the market responded in previous instances.

Finally, the AI verification tool then collects the information and aggregates it to make fast market trading decisions for the investor.

Additionally, the patent claims, “The machine-learning algorithm can also determine the reach … and how quickly the news spreads out, what investors said and felt … on social media as the news was spreading out.” The algorithm can determine how apprehensive or confident traders felt about the information.

While Capital One has filed the patent, it has not been launched as a product for investors yet and it is unclear if the AI system would be able to enact trades on behalf of its human investor without confirmation.

In the patent, Capital One reiterates its intention to protect investors from the crypto frontier. As with many US banks, Capital One initially blocked its account holders from purchasing crypto following the market implosion of early 2018.