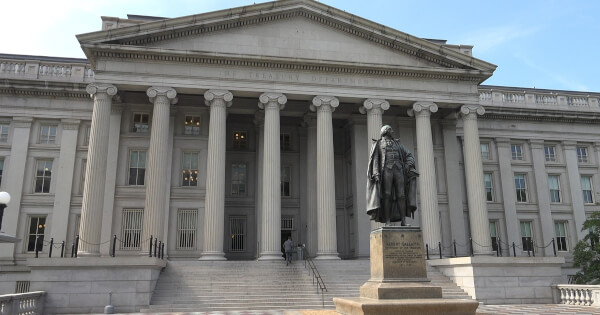 The U.S. President’s Working Group on Financial Market, whose members include the heads of the Commodity Futures Trading Commission (CFTC), the Securities and Exchange Commission (SEC), the Federal Reserve, and the Treasury Department released the statement on December 23.

In the newly released report, the federal financial regulators said that stablecoins should be used in a manner that “effectively manages risk and maintains the stability of the U.S. domestic and international financial and monetary systems.”

Apart from the need to curb illicit financial flows, the report said that stablecoin providers should maintain sufficient cash reserves. The group of financial regulatory authorities stated that stablecoin operators should design the coins resilient enough to handle large-scale redemptions. The group said the operators of stablecoins should have “strong reserve management practices include ensuring a 1:1 reserve ratio and adequate financial resources to absorb losses and meet liquidity needs.”

The group further mentioned that stablecoin providers should have strong risk management and cybersecurity protections and also should be able to obtain and verify the identities of all parties carrying out transactions, including individuals using unhosted wallets.

The newly released document by the dozens of Trump-appointed administrators is the latest move by the administration to apply long-standing financial rules to the growing popularity of the crypto industry. Trump’s tough stance on cryptocurrencies has frustrated several executives including Facebook Inc., whose intension to launch Libra stablecoin was announced June last year.

Stablecoins are normally pegged to fiat money like the U.S dollar. Due to their low volatility, they are frequently used by investors to purchase crypto assets like Bitcoin through virtual transactions that can be settled rapidly.

Tether is the leading stablecoin used by crypto exchanges across the globe, with an estimate market share of 75%. Other popular stablecoins include USD Coin (run and managed by a consortium that include Circle and Coinbase), Paxos Standard (has been approved by the New York State Department of Financial Services.), Gemini Dollar (being offered by the exchange run by the Winklevoss twins).