The Singapore Fintech Association: Boosting the Industry with Blockchain Education

In part one of our interview with Chia Hock Lai, we explored the Singapore FinTech Association's four main sectors, providing access to capital, connecting startups and giving them access to markets, advocating for pro-innovation policies, and talent and education. 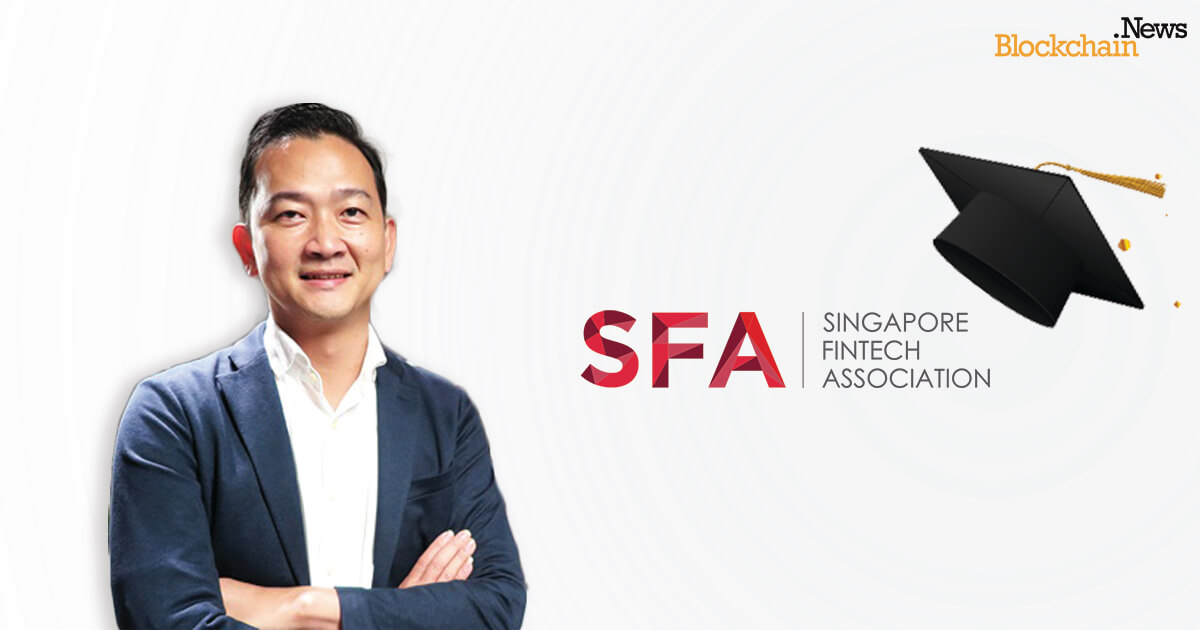 Chia, previously worked for an insurance company, as the head of the digital office. In his role, he highly encouraged digital innovation, focusing on insurtech. “I took the very first Massachusetts Institute of Technology (MIT) fintech certificate program. In our batch, we had more than 1000 students, and 20% of them were based in Singapore. We have all these regular meetups during the course, and a few people thought we were trying to form a fintech Association,” said Chia. “The Monetary Authority of Singapore (MAS) was looking at supporting a representative industry association as it didn't want it to bee too fragmented by too many associations, Singapore is a small market, and they gathered a few of us together, and somehow, one thing led to another, and I was selected as the founding president. Here I am three years later.”

Chia suggested that providing access to talent is one of the best ways to promote a healthy fintech sector. “You need talents like entrepreneurs, talents from the financial services, and the technology sector as well. Singapore is an international financial sector; we have a lot of financial talents but not enough of tech talents.”

As there is a shortage of tech talent in Singapore in the blockchain and AI sector, the government introduced a scheme called the ‘capability transfer program’ where foreign talent is encouraged to come to Singapore. “We do support this kind of policy because in the medium to longer term, we will need to grow our own local pipeline of our talent, in the short run, we need a mixture of talent from all over the world.”

In February 2017, the SFA signed MoUs with the five local Singaporean Polytechnics, including the Singapore Polytechnic, Nanyang Polytechnic, Ngee Ann Polytechnic, Republic Polytechnic, and Temasek Polytechnic. “We were able to provide fintech workshops and internship opportunities for Polytechnic students. In the following September, we designed a fintech pilot program with the Singapore Polytechnic together with the National Trades Union Congress (NTUC),” said Chia. He explained that the idea behind it was to put the focus on reskilling and upskilling existing workers in the financial services industry. “With the onset of fintech, and with banks undergoing a digital transformation, some of their roles will become less relevant. I think we are the first to focus on upskilling and reskilling.” The SFA also signed an MoU with the Institute of Technical Education (ITE), to foster a more inclusive fintech talent pool.

Rather than only focusing on universities and polytechnics, the SFA also went to different secondary schools around the country to let students understand and explore the various career opportunities there are in the fintech sector. So far, the SFA has reached around 5000 secondary students in Singapore through this initiative.

Earlier this year, the Singapore Blockchain Association (SBA), which Chia is also the founding chairman, launched blockchain developer courses, focusing on nurturing the tech-based talent. “Recently, we launched our professional conversion program for blockchain developers together with the Singapore Polytechnic, a program that provides a job placement along with a salary and training subsidies for the employers,” explained Chia. Although he believes that in an average fintech company, there would be a composition of more tech talents than other positions, it is essential for the association to be as inclusive as possible in the talent-related initiatives held by the association.

Blockchain for the future?

Chia believes that the potential will be in blockchain in the next three to five years. “If you look at the Ernst and Young fintech Adoption Report 2019, adoption in Singapore already jumped to nearly 70%, so fintech adoption is already there,” said Chia. “That’s why we set up the Singapore Blockchain Association to focus on getting the talents ready.”

The Singapore Blockchain Association has been encouraging businesses to explore the adoption of blockchain technology in suitable use cases, as blockchain may not be a suitable technology solution for all businesses. “We are taking on the role of creating talent, educating the public, and providing education to the small to medium enterprises (SMEs) on blockchain. We also recently taught our very first enterprise blockchain course in collaboration with the National University of Singapore.”