The End of Bitcoin: Which Cryptocurrencies will survive a future crash?


During the Covid crisis, casual investors started to swap stocks and shares and even golf for investment in cryptocurrency, with Bitcoin and other altcoins like Ethereum proving to be hugely popular. 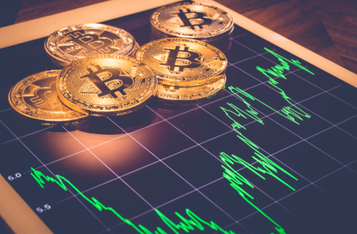 Elon Musk continues to endorse cryptocurrencies on Twitter, and his company Tesla has invested $1.5 billion into Bitcoin, amounting to a huge 7.7% of its gross cash position. Proving that some of the major stock market players believe Bitcoin has a huge future. But what will happen ten years from now?

CoinList invited a team of experts to explore the future of cryptocurrency in a wide-ranging interview. The Pareto Principle, better known as the 80:20 ratio, is the idea that 80% of the market will be monopolised by 20% of the competition.

With thousands of different coins all vying for a market share and as many as 1,700 of them already “deceased”, is the crypto market headed for a modern-day Dot-com bubble? If so, which altcoins will be left standing in the event of a future crash?

The panel also considered the future of cryptocurrencies, with general agreement that they would revolutionise the financial system, as well as predictions that the recent current bull run would gather pace again in the second half of this year.

The experts also discussed the here and now, giving their price predictions for the end of June, which ranged from $25,000 to $500,000!

The panel consists of:

You can read the panel’s answers in the full article here.