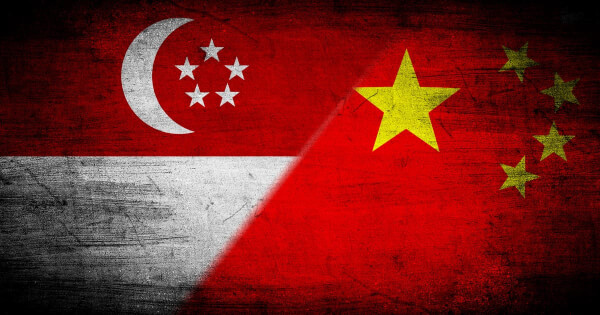 Singapore has joined its Asian counterparts, like Hong Kong, South Korea, Japan, and others in a central bank-backed digital currency project in conjunction with China. The Singaporean CBDC project is dubbed Project Ubin and it aims at deploying blockchain and Distributed Ledger Technology for the settlement of payments and financial securities.

Highpoints of the Probable Alliance

Meng Wenneng, the Director of the Monetary Authority of Singapore (MAS) made it known that the country’s project can benefit from China’s advancement on similar projects. Meng acknowledged that:

China entered the testing phase for its digital Yuan in four cities including Shenzhen, Suzhou, Xiong'an, and Chengdu. The Chinese digital Yuan targeted at sparking the Chinese digital economy agenda will serve as a model for Singapore’s Project Ubin which is billed to improve cost-effectiveness for businesses.

The MAS maintains a flexible stance on its choice of digital currencies. The sovereign financial authority of Singapore does not rule out the underlying potentials of Facebook Libra. This stems from Facebook Libra’s switch to fiat pegged stablecoin option to drive flexible universal inclusion. With Facebook Libra’s willingness to work with foreign regulators, the MAS may consider a partnership option with the project as it gradually worked on its digital currency that may span several years.

As the narrative is changing based on the need to develop alternative currencies as world economies evolve, it behooves on central bank drivers to tag along. This diversified position of the MAS is crucial in helping the country transition with ease.